Looking to give your betta fish the best life possible? Then adding some enrichment in the form of an air bubbler might make sense.

However, betta fish are a simple fish species that don’t actually need a lot to thrive, and an air bubbler can be overkill at times even though they’re advertised as a necessity for fish keepers. How can you know if your betta needs one or not, though?

Keep reading to find out everything you need to know about air bubblers and if you should add one to your betta tank!

What is an air bubbler? 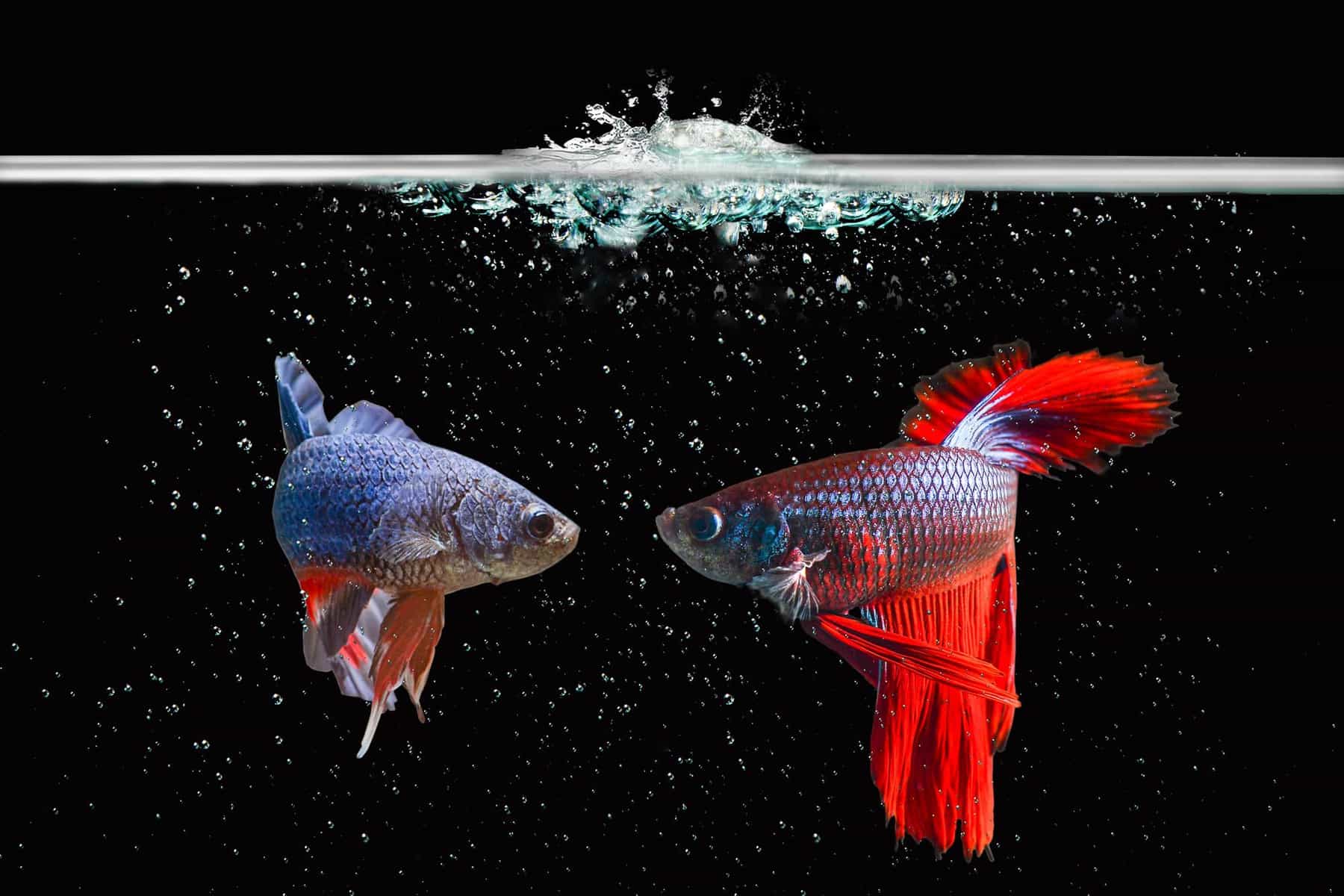 It might seem like a simple concept, but air bubblers can be incredibly helpful for some home aquariums.

There are several types of bubblers. Typical air bubblers take the form of a bubble wand, bubble wall, or, the one we will focus on, an air stone attached to an air pump. As air is brought in through the air pump and into the air stone, it’s dispersed into small bubbles that rise to the surface.

A rough airstone will produce larger bubbles, while a smoother airstone will make the finest bubbles. So, decide beforehand which you are looking for in your setup and purchase that type of aquarium bubbler.

Some hobbyists place their bubbler ornaments out where they can be seen, while others hide the bubbler behind plants.

There are many benefits to having an air bubbler in your aquarium, though they might not be the best addition for betta tanks.

Here are some ways an air bubbler can help:

As its name suggests, air bubblers help move air between the aquarium water and the atmosphere. Not only does this air contain oxygen, but it can also help remove and replenish carbon dioxide levels as well.

Air stone bubbles help break the surface tension of the tank water, facilitating the exchange of gases between your tank and the air and making for better-oxygenated water.

In addition to gas exchange, the bubble stream helps move those gases throughout the tank.

Many aquariums experience dead spots where there is minimal or gentler water flow. As a result, organic waste builds, and plants may suffer due to insufficient nutrients.

The benefit of air pumps cannot be understated and they are a great and inexpensive way to bring water movement to those otherwise dead areas.

Lastly, fish can be entertained by any type of bubbler!

Though you might not see your fish regularly interacting with the stream of air bubbles, they will definitely take notice of the new addition and might play in them from time to time.

No, betta fish do not need an air bubbler. They have evolved to survive in oxygen-depleted, tropical waters with minimal dissolved oxygen available.

This breed of fish has a specialized organ called a labyrinth organ. The labyrinth organ is a lung-like structure that allows betta fish to process atmospheric air in addition to the dissolved oxygen available in tank water.

Labyrinth breathers have evolved this organ in response to their natural warm water conditions, which are often shallow and murky, with stagnant water. To compensate for this, betta fish will regularly go to the water surface for a gulp of air.

In the aquarium, this behavior is less necessary due to the equipment available to fish-keeping enthusiasts. For most, a standard hang on the back fish tank filter is enough to facilitate gas exchange for your betta.

However, it’s much easier to develop dead zones in larger tanks that can collect waste and cause algae growth.

Should you add an air bubbler to your betta fish tank?

Despite betta fish not needing an air bubbler to thrive, many hobbyists choose to add this piece of equipment to their betta tanks anyway. Why?

As mentioned before, there are many benefits to adding an air stone to your aquarium, like increased gas exchange, circulation, and enrichment.

The main problem that happens is that the air bubbler is too overpowering for your delicate fish, leaving it with ripped fins and struggling to swim.

But do the pros outweigh the cons?

We think that adding an air bubbler definitely has more pros than cons when it comes to keeping betta happy, but only if the tank is large enough.

An air bubbler may be used with a betta fish only when it doesn’t become too overpowering. This tends to happen in small tanks, like those under 5 gallons (22.7 L), and the betta fish ends up beaten up.

Using an air bubbler if you’re trying to mate fish is also not recommended, as the water surface agitation will disrupt any successful betta fish bubble nest.

On the other end of the spectrum, you may find that your airstone is only putting out a stream of bubbles from the bottom. This can happen with cheaper airstones where the airline tubing has come loose. Using an aquarium-safe epoxy can remedy the situation.

Even if you don’t end up using an air bubbler all the time in your aquarium, it’s recommended to have one on hand at any given moment.

A battery-run air bubbler is also important to have during power outages. When the power goes out, all water circulation and gas exchange decreases. This quickly leads to water parameter problems.

A simple battery-powered air pump can help this problem for many hours in case of true emergencies.

Air bubblers are great to add to any tank, especially for bettas who need a little extra enrichment in their lives.

These simple aquarium devices can help with gas exchange, tank water circulation, and enrichment. A battery-run air pump can also save fish during a quarantine period or a power outage, as long as the water current isn’t too strong for your betta.

If you have any questions about air bubblers, air pumps, or if you have had experience keeping a betta fish alive during a power outage, don’t hesitate to leave a comment below!