Some terminology you will see used to describe fish on AquaBid

Skyhawk – this term is used to describe a dorsal fin that has the first ray of that fin long and pointing more towards the front.

MG – Mustard Gas: and various spellings of this term. This is a variation of a blue bodied and yellow finned bicolored fish. When the blue is also in the fins, whether subtle shadings with the yellow or a blue band around the edge, this term applies. Green Gas would be a variation of the body and fin shading color. It should be noted, that although a beautiful color combination, it is not a showable color as it is a poor bicolor. Fish with the body color in the fins would be penalized in an IBC show.

Fancy – another name for marble 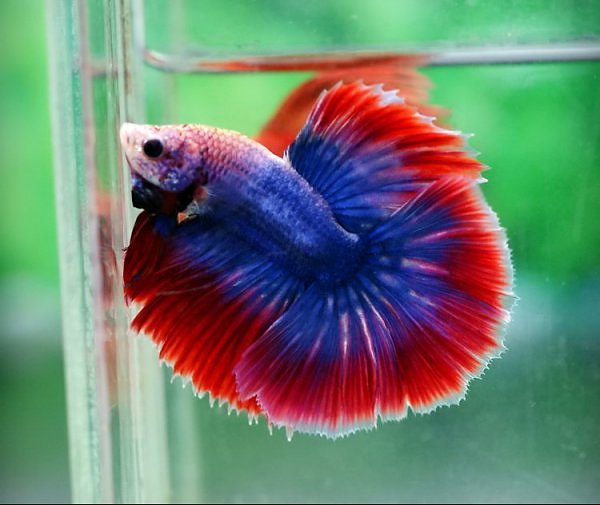 Thai Flag – These fish are a combo of grizzle and butterfly in the colors of red, white and blue. Bodies tend to be blue with some grizzle like patterning. The color bleeds into the fins where you have the blue bleeding into red that bleeds into white. Fin colors are not divided into clearly marked bands. An attractive color, it would probably be showable in the multi color class.

Ocean – Term used by ElegantBetta to describe an ocean blue Betta that has a full mask and a Dragon type covering of color.