Although betta fish are generally pretty hardy creatures that usually enjoy good health, provided you keep their tanks clean and feed them a varied and high-quality diet, they sometimes get sick.

Many common fish diseases your betta buddy might get are easy to cure. However, you do need to know how to quickly spot the signs that something might be wrong so you can take immediate and appropriate action to save your pet.

Septicemia, for example, is a potentially fatal disease in bettas. So, how do you know if your betta has the disease? What causes septicemia in fish? And how do you treat it?

The information in this guide could save your betta’s life. So, read on to find out more!

Although many diseases and infections might affect your betta, four main culprits cause them, namely:

“Parasite” is a general term that’s used to describe many species of tiny living organisms that attack your fish inside or out, depending on the type of parasite you’re dealing with.

Parasites generally arrive in your tank on plants, attached to new fish, or with live food. Common parasites include ich, flukes, and anchor worms. You can usually see these parasites with the naked eye, clinging to your betta’s body or gills. Most parasites can be dealt with by treating the water with antiparasitic medication.

Your betta tank contains many different types of bacteria, some of which — nitrifying bacteria, for example — are essential for the biological filter to function efficiently.

However, many species of bacteria are harmful, causing conditions like fin rot, ulcers, and dropsy. Fish that are injured often succumb to a bacterial infection as the bacteria enters the fish through open wounds. Also, the stress of temperature shock or an aggressive new tank mate can weaken a fish’s immune system, leaving the animal susceptible to bacterial infection.

Fungus usually attacks weak or sick fish and is commonly seen in dirty tanks poor water quality has taken over.

Some fish-specific viruses affect wild freshwater and marine species. Some of these viral diseases can also affect pet fish, including bettas.

In the case of septicemia, the three kinds of diseases we’re looking at are viral, bacterial, and parasites.

What is septicemia in betta fish? 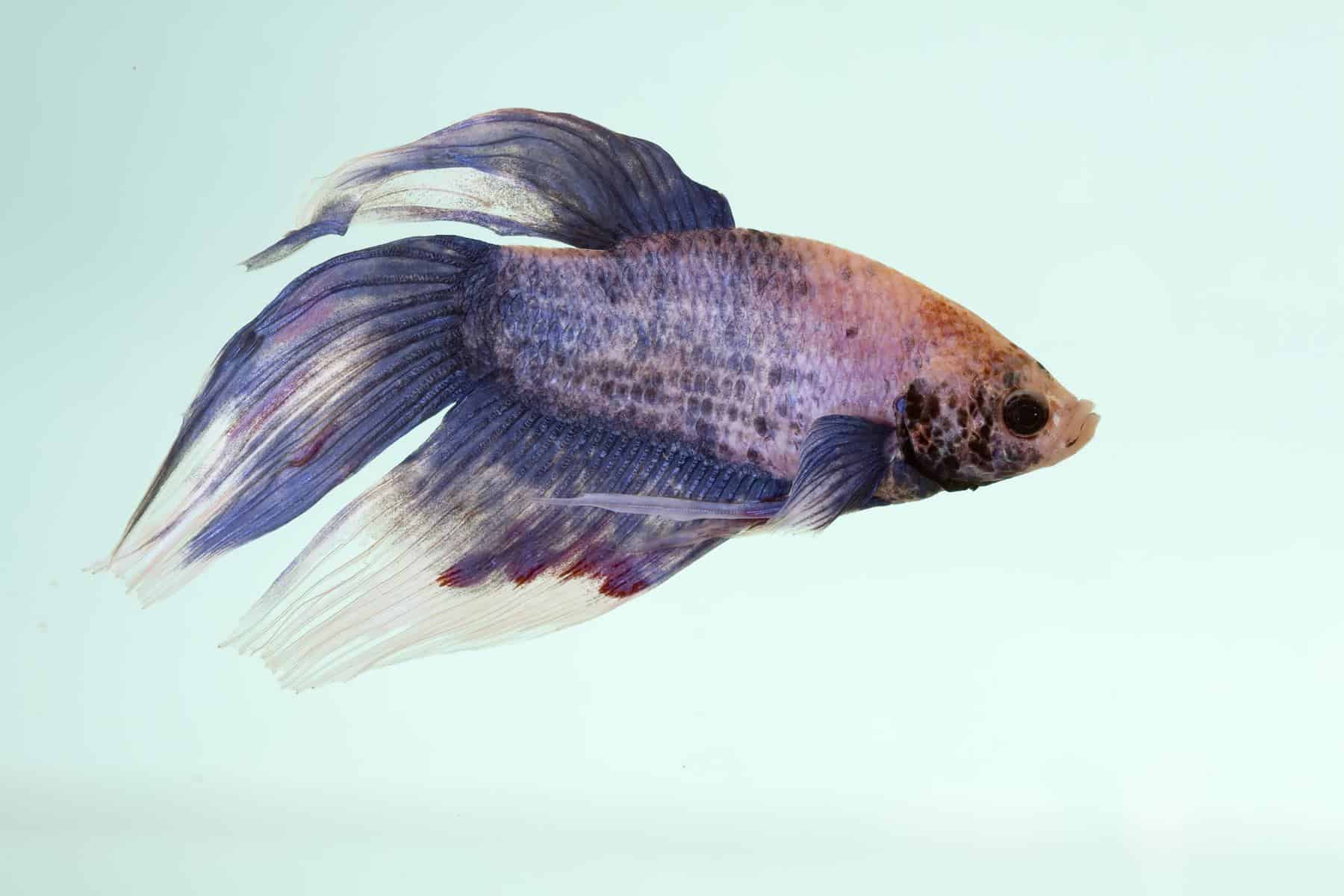 Certain viruses affect fish, and septicemia, or sepsis, is one of them.

Septicemia is caused by the piscine novirhabdovirus, which was originally termed viral hemorrhagic septicemia virus, or VHS. The condition affects all fish, from those in your local fishing pond and sea-farmed fish for the table to the Koi carp and goldfish in your garden pond.

The term sepsis, when used in reference to the condition in tropical aquarium fish, is also applicable to a secondary bacterial infection that causes blood poisoning. This is the most common variety of septicemia associated with pet fish that live in home aquariums.

VHS can be a highly contagious disease, depending on the particular pathogen that’s causing it. So, if your betta contracts the virus, you must remove it from a community tank right away and treat it in a separate hospital tank. If you don’t do that, you risk losing all your other fish, too.

Some cases of sepsis are bacterial in origin. In these cases, the disease tends to affect only the individual fish, although that depends on the origin and species of the bacteria and how the pathogen got into the fish in the first place.

How is septicemia spread between fish?

There are several ways in which septicemia can spread through a fish tank.

Piscine novirhabdovirus is spread in the urine and reproductive fluids that fish produce. Also, fishnets, buckets, aquarium vacuum cleaners, algae magnets, and contaminated filter media can all harbor and spread the virus.

Some fish parasites can also be carriers of the virus, introducing it into your betta fish when the parasites latch onto the betta’s body or gills.

The bacterial form of sepsis can be passed to fish through contaminated foods, in fouled live food, on plants, and through open sores or wounds on the fish’s body.

Can I catch septicemia from my betta fish?

No. To date, there are thankfully no reports of people catching septicemia from their pet fish. So, it’s safe to handle your betta while treating it.

That said, you should always wear protective gloves when you care for any sick fish, and you must wash your hands thoroughly after you’ve finished what you’re doing.

What are the symptoms of septicemia?

Septicemia often presents as reddening under the fish’s scales anywhere on the body. The redness may be localized in one area, or it can appear through the body. Sometimes, red areas are more visible around the fish’s face. Unfortunately, if you have a very dark-colored or red betta, it can be almost impossible to spot the discoloration.

On injured fish, the sores or open wounds should appear pinkish-white in color and should heal quickly. A wound that has discoloration around it or is black, furry, or gray is probably infected, and the betta should be treated with antibiotic medication. 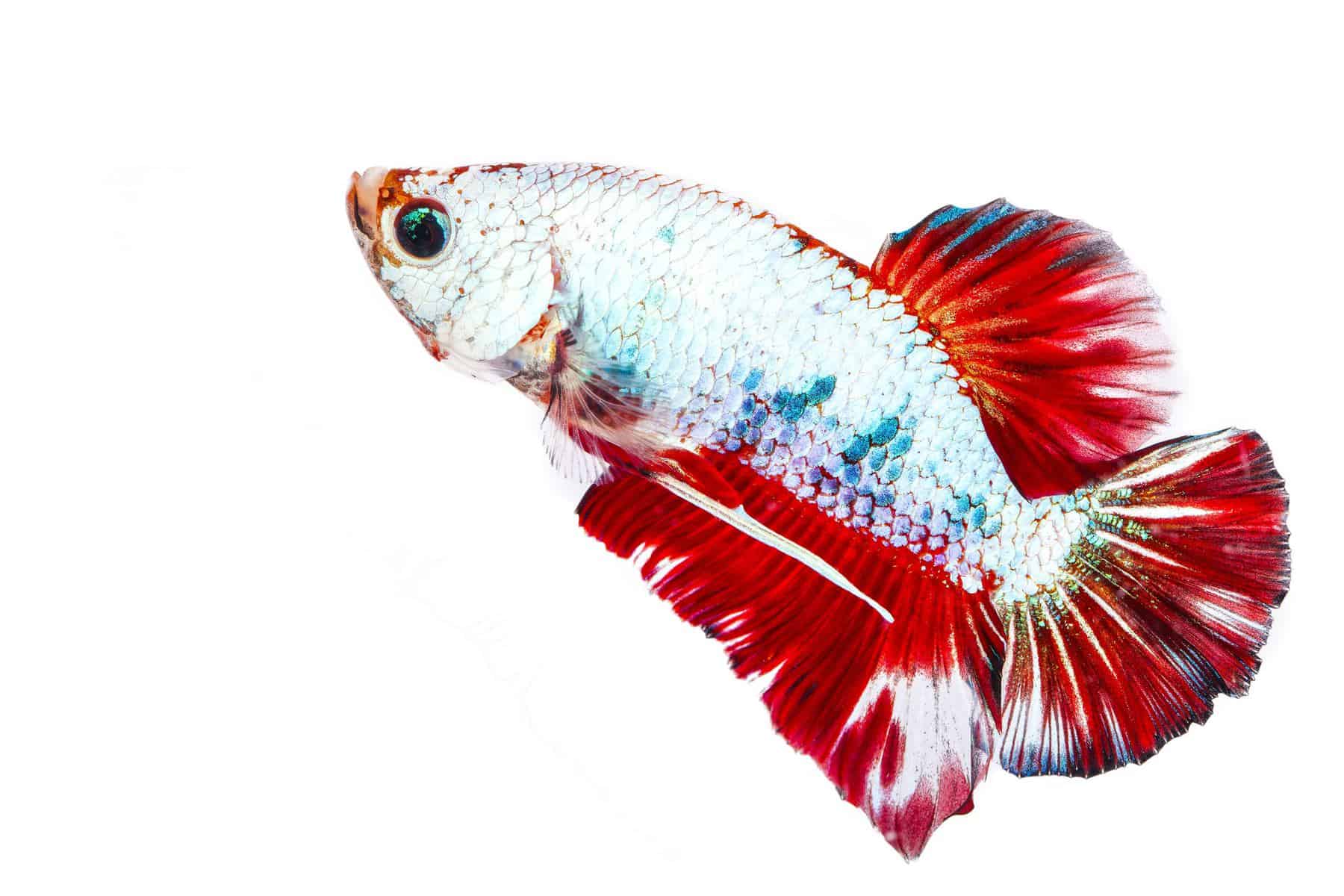 Sometimes, septicemia occurs as a secondary infection in bettas that have popeye and external injuries. Often, the condition leads to dropsy.

Fish with bulging eyes or a distended, bloated stomach might also be affected by sepsis as a progression of the original illness.

Symptoms of septicemia in betta fish

Septicemia symptoms in betta fish are many and varied, but red flags to watch out for include:

In most cases, once the bacteria have entered the betta’s body, the infection travels throughout the fish in the bloodstream, damaging the organs, tissues, and blood vessels as it does so. The result is often internal bleeding, and it’s the buildup of those fluids that can cause dropsy.

How to treat septicemia in betta fish

Unfortunately, because septicemia often goes undiagnosed until the disease has reached the latter stages, it often can’t be cured. So, prevention and immediate treatment of any signs of illness in your betta fish is the way to go.

If your betta sustains any form of injury, remove him to a quarantine tank, and treat the water with an antibacterial treatment. Hopefully, you caught the problem in time and acted early enough to prevent a serious condition from developing.

Once your fish has recovered, you can put him back into the main tank. However, if your fish becomes sick over a few days with no obvious external cause, you’ll need to treat it slightly differently.

The best way to treat suspected cases of septicemia in bettas is with antibiotics that you can get from your veterinarian or over-the-counter from your local fish store.

The idea of water-soluble medication is that the fish absorb the antibiotics from the water. However, although the dissolvable antibiotics you can put in your aquarium are the easiest way to treat your fish, they are not always the most effective.

Provided that your fish is still eating, medicated fish food is usually more effective. You can get fish food that contains antibiotics from your vet, or you can try over-the-counter products like Metronidazole. You need to use antibiotics that are effective against both gram-positive and gram-negative bacteria to cover all bases.

As treating septicemia in bettas is so difficult, it’s much better to prevent the disease from attacking your fish in the first place.

Hemorrhagic septicemia is often associated with poor water conditions and ammonia spikes. So, you must keep your fish tank clean and maintain your filtration system correctly. Here are a few other things to keep in mind:

The piscine novirhabdovirus is known to be carried in some live foods.

If you want to feed your betta live bloodworms, daphnia, and the like, we recommend that you always use foods from a reputable supplier. Always remove the food from the water it’s supplied in before you feed it to your fish.

Don’t give the betta food you caught in your garden pond or other natural body of water. Many parasites and bacterial diseases find their way into home fish tanks with live foods sourced this way, so although your pet might love eating it, the risk isn’t worth it. Instead, we recommend giving your fish frozen foods or set up your own home brine shrimp hatchery if you have the space, time, and energy to devote to such a project. 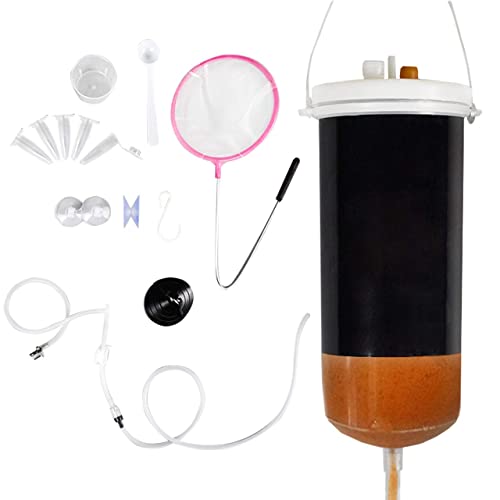 Another common way bacteria and viruses get into your fish tank are with new fish and plants. Even the most innocent-looking invertebrates and snails can carry diseases, so you really can’t be too careful.

Whenever you buy anything new for your betta tank, quarantine it first. Fish and invertebrates should spend at least 10 days in a quarantine tank so you can be sure they’re healthy and free of disease. Once you’re confident your new additions are in good shape, introduce them to your betta’s aquarium.

Plants should be rinsed thoroughly in dechlorinated water that contains an antibacterial medication before you put them into your main tank. That should be sufficient in killing anything nasty that could harm your fish.

If you buy new decorations for your fish, wash them thoroughly to remove dust. It’s also a good idea to rinse the items in an antibacterial solution for good measure.

If you’re treating any form of a disease in your fish tank, especially septicemia, you must observe strict hygiene rules while caring for your betta.

Betta fish are pretty hardy characters if given the correct water parameters, a clean tank, and a nutritious, varied diet. However, fish illnesses can strike even the most well cared for set-up, and septicemia is one of the most serious conditions the fish owner might encounter.

Check your betta fish every day to make sure his behavior is normal. Anything out of the ordinary might indicate potential problems, so be prepared to act quickly. Prevent septicemia — and other serious diseases — from attacking your pet by keeping the tank clean and properly maintained.