Graphite disease can be fatal in bettas if it’s not recognized and treated quickly. If you’re vigilant and keep a close eye on your betta’s wellbeing, it can be treated and prevented, too.

Read on to learn more about Graphite disease, including how to recognize, treat, and prevent it.

What Is Graphite Disease?

Graphite disease is also called Velvet disease and is caused by a bacteria called Oodinium.

Oodinium is a microscopic parasite that is both a plant and an animal. That means this parasite can photosynthesize under strong light, like algae. Oodinium can also act as a parasite, feeding on fish.

In many fish, the infection and injury caused by the parasite’s burrowing tentacles trigger an allergic reaction, causing the skin to become inflamed and bleed.

To know how to treat Graphite disease in betta fish, it’s important to understand the parasite’s life cycle.

Once the parasite has attached itself to the fish, it grows until it reaches its full size. Once that has happened, the parasite withdraws its tentacles, forms a protective case or cyst around itself, and then falls off the host.

The cyst drifts down onto the substrate, where it eventually divides multiple times, shedding over 200 spores. Those spores then morph into “dinospores,” which then hatch and become free-swimming. Then the whole process begins again.

How Long Does The Life Cycle Last?

The Oodinium parasite’s life cycle lasts around ten days, although that can be accelerated if the water temperature is warm and slows down if the water is cold. So, you can see just how quickly a whole tank full of fish can be infected by this rapidly replicating parasite.

Bright light can make an outbreak of Graphite disease worse. So, if you think that Oodinium is the cause of your betta’s problem, dimming the tank lights can improve your pet’s chances of survival during treatment.

It’s also important to know that newly hatched parasites must attach themselves to a host fish within 14 hours of becoming free-swimming, or they will die. That’s why you must treat your tank over the course of ten days to be sure that you’ve killed off all of the parasite’s life stages.

How To Diagnose Graphite Disease

What fish are most vulnerable to Graphite disease? Some fish species are more susceptible to Oodinium than others, including:

This list is not exhaustive, and any fish that’s stressed or in poor condition is more vulnerable to attack by parasites such as Oonabatids. Salamanders, newts, and other amphibians can also be affected.

Symptoms and Signs of Graphite Disease 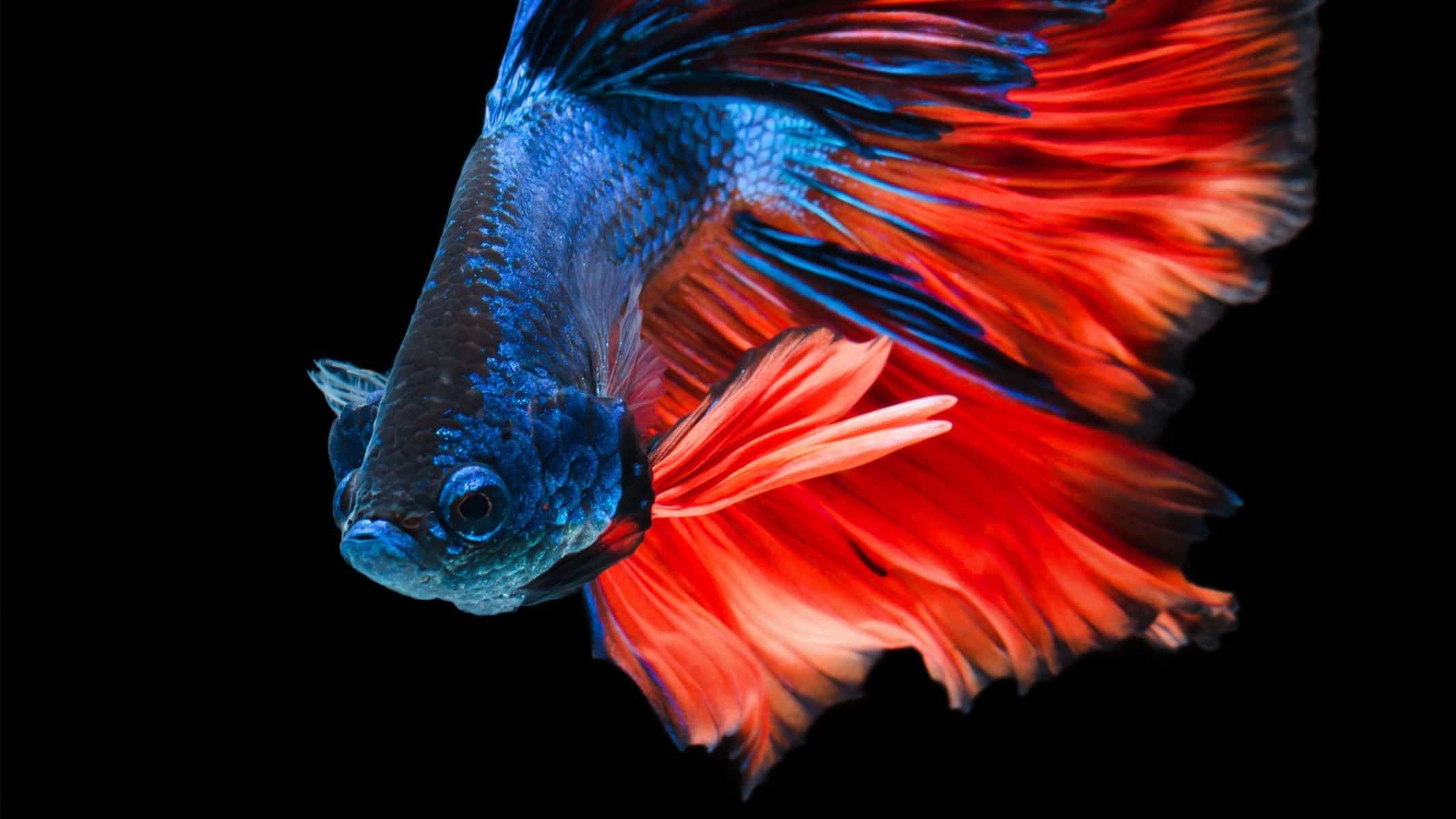 Fish with Graphite disease and other parasitic infections typically rub or “flash” against objects in their tank in an attempt to remove the irritating attached parasites.

You’ll also notice that the fish develop a light dusting of brown, grey, or greenish texture across their skin, which gives the disease its other common name, Velvet disease. The parasites can also attack the fish’s lungs, causing labored breathing and flared gills.

Often, the fish’s skin produces excessive amounts of mucus to remove the parasites, although that is not successful.

Once the parasites have dropped off the fish, you’ll often see ulcers and bloody areas on the fish’s body.

How To Treat Graphite Disease

You can use home remedies or chemical treatments to tackle Graphite disease.

To take the DIY approach, you need to do the following:

This strategy can be very effective for treating mild cases of Graphite disease. However, if your betta is severely affected, you should use chemical treatments instead.

There are various chemical medications that you can use to treat Graphite disease. Put the specified amount of treatment directly into the tank water, carefully following the manufacturer’s dosage instructions.

You must complete the full course of the medication for the treatment to be successful.

That’s because the Oodinium parasite is very difficult to eradicate when it’s in the encysted form, as it’s very resistant to chemicals. Once the parasite is free-swimming, it is much easier to treat. So, you need to continue the treatment over the course of three to seven days to catch all the organisms once they’ve left the encysted state.

Graphite disease can cause skin damage when the Oodinium parasites drop off the fish. That can open the door for secondary fungal and bacterial infections to set in. So, you’ll need to treat your fish with suitable antibacterial and antifungal medications, too.

Healthy, happy fish are not generally bothered by parasites such as Oodinium and Ich. However, if the fish is stressed or weakened by disease, it’s far more likely to succumb to one of the many bacterial and parasitic conditions that can affect our fishy friends.

One of the main causes of stress in aquarium fish is poor water quality. So, make sure that the water parameters are correct for your betta and his tank mates and keep the tank clean. Carry out partial water changes of around 20% every week, and vacuum the substrate thoroughly to remove decomposing organic matter that would otherwise pollute the water.

If you’re setting up your betta’s aquarium, you must be sure to cycle it properly before you bring your betta buddy home. That ensures that the water is safe for your pet and will allow him to settle into his new environment without being exposed to the harmful effects of ammonia and nitrites that quickly accumulate in uncycled tanks.

Finally, be sure to feed your betta correctly. If you give your new pet a nutritious, properly balanced diet and don’t overfeed him, your betta should settle in quickly and thrive.

Graphite disease is caused by the Oodinium parasite and is sometimes also known as Velvet disease.

This is a potentially severe condition that can even kill your fish if you don’t spot the problem and treat it correctly. The best way to prevent Graphite disease is to keep your betta’s aquarium clean and well-maintained and feed him a correct, nutritious, high-quality diet.

If you have any questions or concerns about your betta’s health, ask us in the comments box below.