Betta fish are generally hardy characters, provided you give them the right tank conditions, keep their water clean and toxin-free, and give your pet a nutritious, well-balanced diet.

However, if you notice your betta fish is swimming in circles, that might be a sign of a problem.

Read this guide to discover some of the most common reasons a betta fish might swim in circles, and find out how to fix these problems.

Do bettas swim around a lot?

The answer to that question depends on your individual fish’s personality. Like people, some betta fish are active creatures that swim around the tank all day, patrolling their territory to ensure no intruders are trying to take over. Some bettas are more active if they have tank mates to interact with, even joining in with the activities of small shoaling fish, like rasboras. Then, you have lazy bettas who spend most of their time resting on flat leaves or betta hammocks, just waiting to be fed.

Why is my fish swimming in circles?

There are several potential reasons this could be happening. 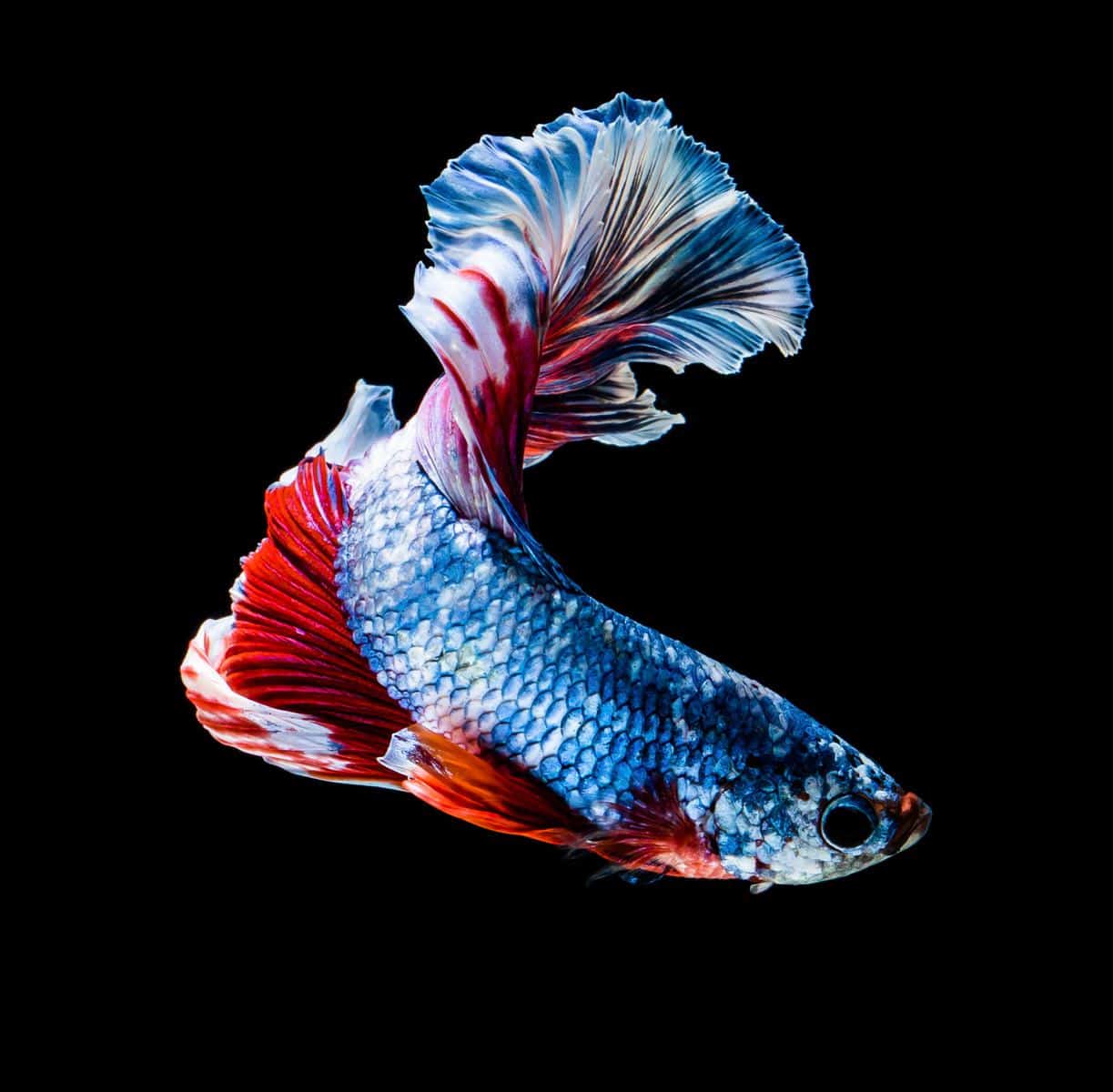 If your betta is swimming very quickly and darting around in circles, it could be suffering from ammonia poisoning or the conditions in its tank could be deteriorating.

Ammonia is produced by decomposing organic matter, like fish waste, leftover food, and dead plants. It’s highly toxic to fish, and if you don’t take steps to remove it from the water, it will kill your fish.

Your biological filter contains nitrifying bacteria that process ammonia into nitrites and less harmful nitrates. By carrying out partial water changes every week and maintaining the filter media properly, you keep the tank water safe and clean for your betta.

Use an aquarium testing kit once a week to make sure ammonia and nitrites in the tank are at zero and nitrates are 20 ppm or lower.

How to treat ammonia poisoning

First of all, carry out a 30 percent water change to dilute ammonia levels in the tank. Rinse the filter media in tank water to make sure the sponges aren’t clogged, which would prevent the filter from circulating the water around the tank properly.

The next day, perform another 30 percent water change. Test the water, and if necessary, carry out partial water changes every day until ammonia levels return to zero.

How can I tell if my betta is stressed?

If your betta spends much of its time swimming up and down the glass or ceaselessly swimming around in endless circles, he might be stressed.

Stress has many different causes, including a new home, being hassled by tank mates, too cold or warm water temperatures, too strong tank currents, boredom, loneliness, poor water conditions, or incorrect water chemistry.

Stress weakens the betta’s immune system, leaving it open to parasitic and bacterial attacks, so it’s very important to remedy whatever situation is stressing your betta.

How to treat stress in your betta 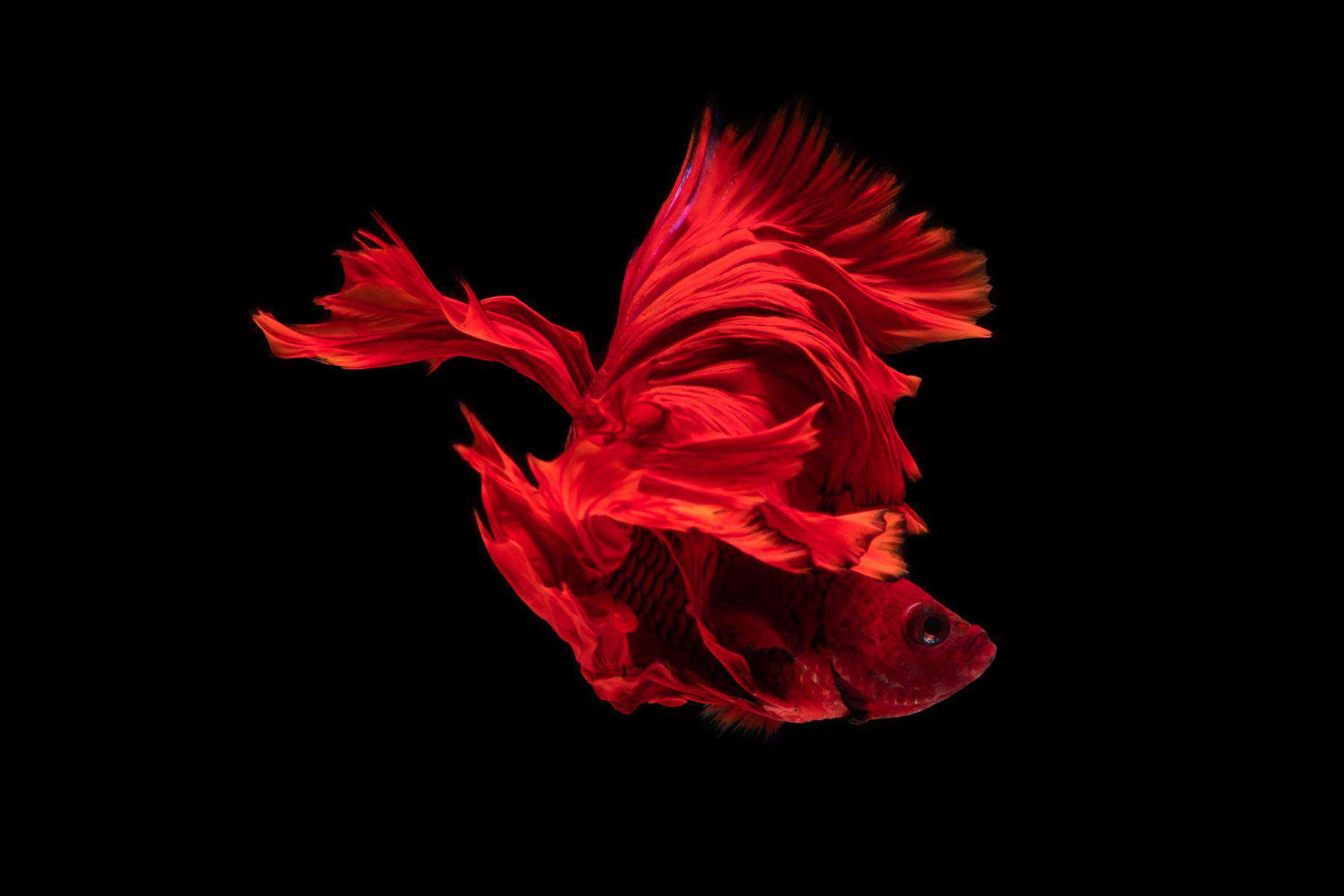 Occasionally, you might see your betta swimming in small circles or struggling to swim properly right after you carried out a water change.

When you carry out a water change, you should also vacuum the substrate thoroughly to get rid of waste matter. Sometimes, if the substrate is very dirty, you can disturb trapped pockets of ammonia. If your betta happens to swim into the cloud of ammonia, it could suddenly fall ill and start swimming in circles.

Prevent sickness by vacuuming the substrate every week so waste isn’t allowed to build up to dangerous levels.

Swim bladder problems are not usually caused by disease but are typically associated with digestive problems linked to incorrect feeding.

The betta’s swim bladder is a gas-filled organ in your pet’s abdominal cavity that enables the fish to swim on an even keel. The most common cause of swim bladder problems in betta fish is constipation due to overfeeding.

A fish with swim bladder disease may swim in circles because it can’t maintain a straight course. Sometimes the betta will sink to the bottom of the tank or float to the top. Your pet might also swim on his side, upside down, or with its head down.

How to treat and prevent swim bladder problems

Be careful not to overfeed your betta or give it too much dry food, as that causes constipation and swim bladder problems.

A betta’s stomach is about the size of its eye, so you can see how easy it is to overfeed your pet. Feed your fish twice a day, offering it just enough food to keep it busy for a minute or two. Allot one day per week to not feed your betta at all. That fasting day gives your pet’s digestive system a chance to process the food he’s eaten without things getting blocked.

A balanced diet is important to keep your pet’s digestive system in good order, so vary your betta’s diet by giving it frozen food as well as flakes and mini betta pellets.

Whirling fish disease is commonly seen in wild fish like trout and salmon, but it can also affect most species of aquarium fish, including bettas.

The disease is caused by a microscopic parasite that originated in Europe. The parasite, Myxobolus cerebralis, needs two hosts during different phases of its life cycle, namely freshwater tubifex worms and then the fish itself. The parasite typically finds its way into your fish tank in infected live food. 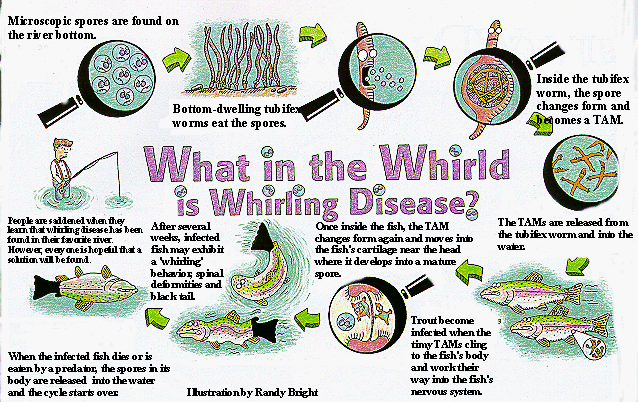 The parasite attacks the fish’s skeletal system and cartilage, causing the unfortunate creature to swim in circles or a corkscrew pattern. Unfortunately, those outward signs don’t usually appear until the fish has been infected for 35 to 80 days.

There’s no known cure for the disease, and infected fish eventually die.

How to prevent whirling fish disease

The easiest way to prevent whirling fish disease is to keep it out of your tank in the first place!

Use frozen foods rather than live foods. You can buy a wide range of frozen food, including bloodworms, daphnia, krill, brine shrimp, and tubifex, all of which your betta will love and can eat safely.

Avoid buying fish from breeders that raise their fish in ponds or feed tubifex worms as a cheap protein source. You’ll need to ask those questions when buying fish before you take them home and introduce them to your tank.

There are many potential reasons why your betta fish might be swimming in circles, however, the most common cause of the phenomenon is poor water quality, specifically large amounts of ammonia in the water.

Keep the tank well-maintained and use an aquarium water testing kit to check the water regularly. Carry out partial water changes, and make sure the filtration system is working properly to keep the environment safe for your betta.