Most people who are into fishkeeping are familiar with betta fish, or as they are sometimes known, Siamese fighting fish.

In this guide, we introduce you to an unusual form of plakat betta fish that isn’t often seen in pet stores: the spoonhead betta. Read on to find out where these fish came from and how to care for them!

What is a spoonhead betta? 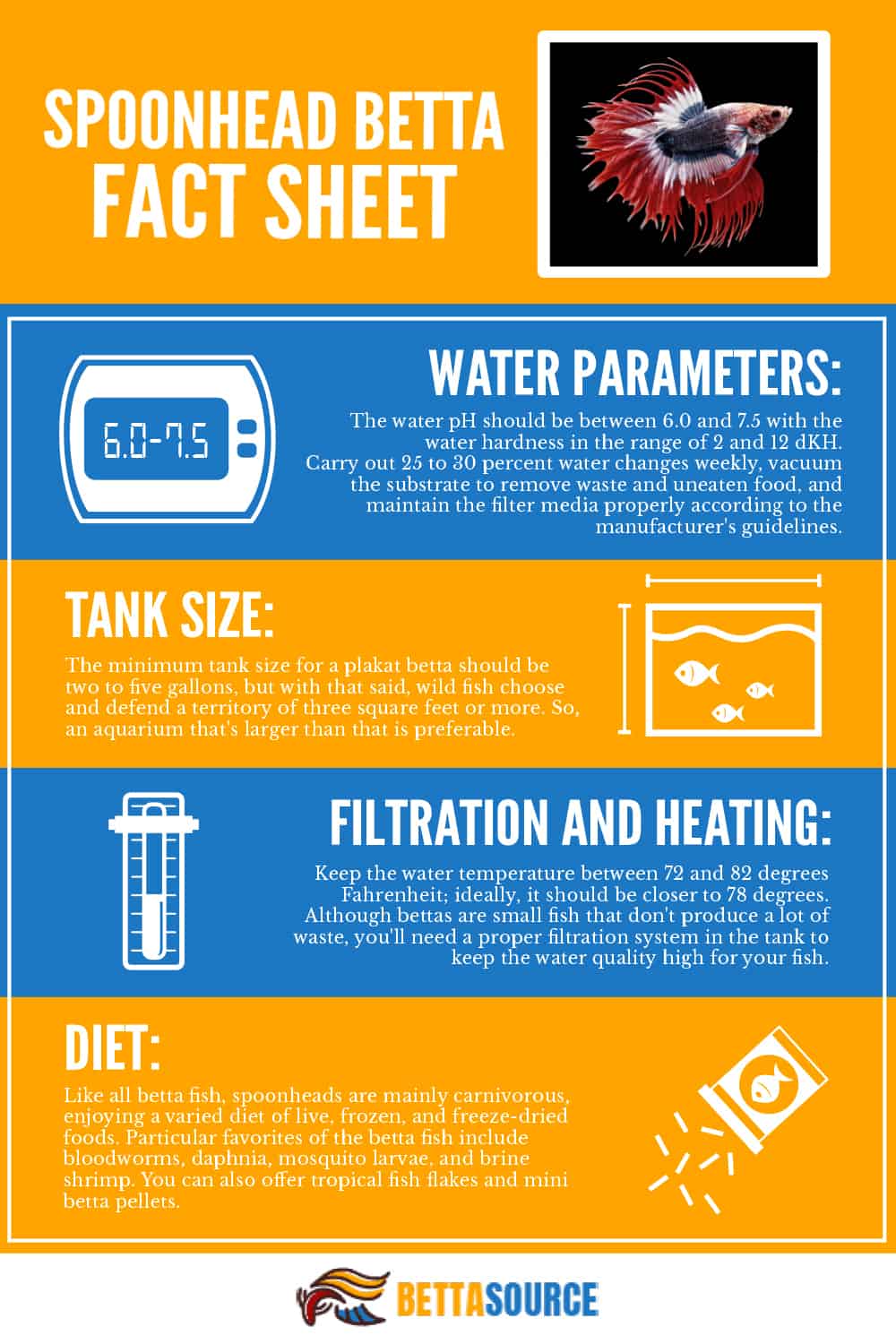 The short answer to that question is that a spoonhead betta is a type of plakat. But to understand why spoonheads are built as they are, you’ll need to learn more about the plakat betta fish and its origins.

Plakat bettas are a type of short-finned betta splendens that are closely related to their wild counterparts.

Plakats were originally bred in Thailand and Southeast Asia for fighting, hence the betta’s common name, Siamese fighting fish. These fish were not chosen and bred for their looks; they were specifically created to fight in competitions during which onlookers would wager money on which fish they thought would win.

Rather than having long, flowing fins like betta splendens, plakats have short fins, large and stocky bodies, and strong jaws. This species of fishes’ small fins enable the fish to maneuver quickly to avoid being injured by its opponent and launch an attack on it.

Even today, modern fish in the plakat family are still bred for fighting, and competitions are held in parts of Thailand. However, in other places across the globe, including the United States, the United Kingdom, and Australia, pitting the fish against each other for sport and gambling is illegal.

Even so, a fighting plakat that has a good competition record and comes from a strong line of successful fighters can sell for as much as 65 dollars. So, needless to say, in Thailand, breeding fighting plakats is a very lucrative occupation.

In the west, short-finned bettas are bred for their beauty rather than their fighting ability. In the United States, a well-bred plakat betta will have a strong and chunky body, symmetrical scales, and neat and well-balanced fins.

You don’t generally find fighting plakats for sale in your local fish store or pet shops, but you can sometimes find them on auction sites like AquaBid or from a Thai plakat breeder.

In Thailand, there are many types of Plakat Mohr available and more varieties and strains hail from Malaysia, Indonesia, Vietnam, Cambodia, and Singapore. The plakat bettas you can buy locally or online in the west come in different forms and colors, but they still carry their fighting ancestors’ genetic code. So, bear that in mind when you buy one of these feisty fish.

Thanks to their genetics and breeding, plakats tend to be much more aggressive than long-finned ornamental betta fish. So, if you decide to keep one of these feisty guys, you’ll need to choose its tank mates with great care.

As mentioned above, Plakat Mohr is the name given to bettas that are bred for fighting. Within the Plakat Mohr group of fish, you’ll find specific characteristics related to the fish’s suitability and effectiveness for fighting.

Breeders and owners categorize plakat bettas by the fish’s fighting style. You’ll hear terms including good skin, strong mouth, and force bite used to describe particular types of fishes. The fish’s fighting style is recorded as stomach, fins, ear, face, etc. Other factors, such as teeth type and stamina in a fight, are taken into account, too. 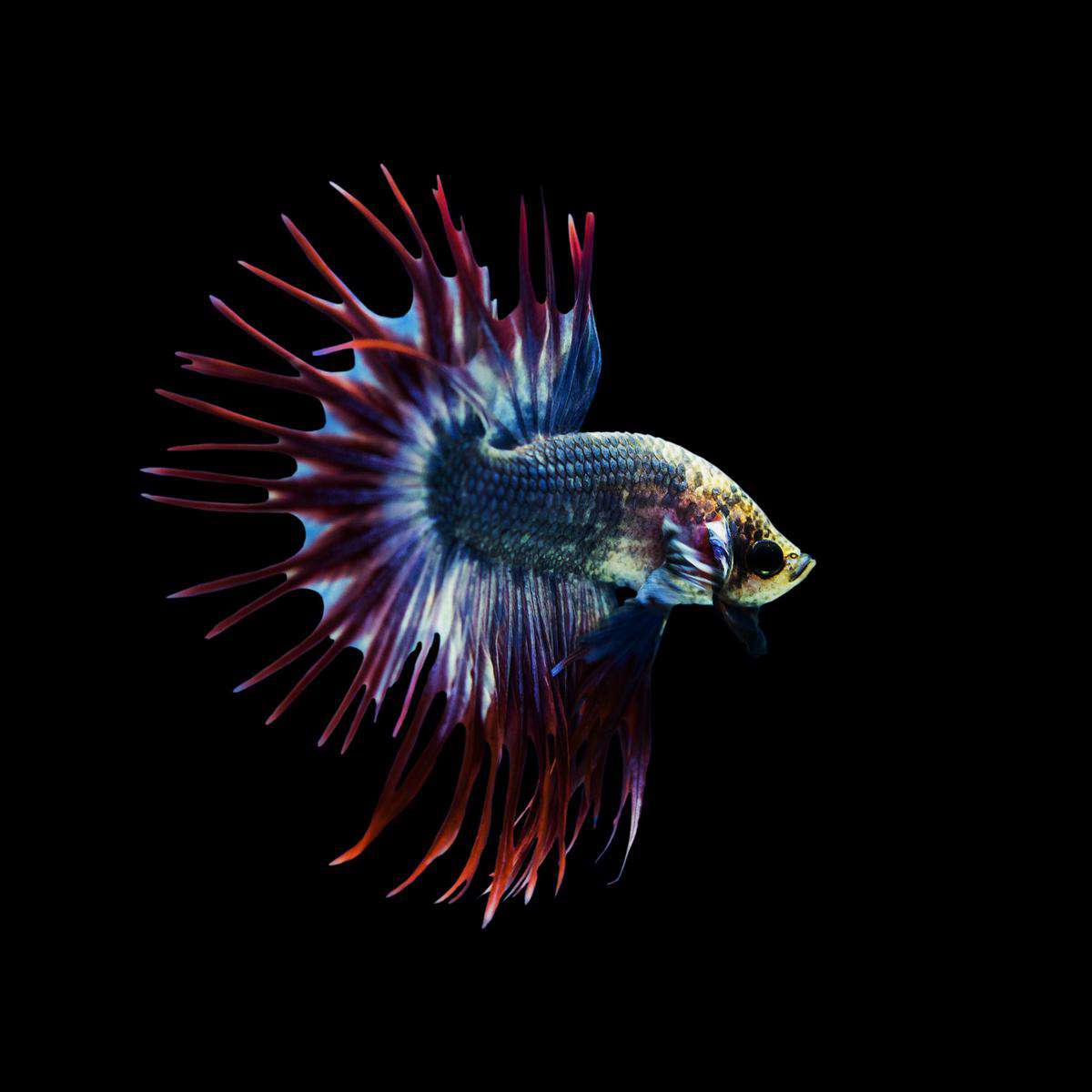 Spoonheads are a variation of the Snakehead Plakat Mohr.

This betta fish’s most identifiable trait is a curved mouth — and the shape is quite exaggerated — and is bred to be exceptionally strong and fast with an extremely precise, calculate aim that the fish uses to target its opponent in battle.

Caring for a spoonhead betta

So, how do you care for a spoonhead betta fish? Well, assuming you’re not planning on using your spoonhead for fighting (which, might we remind you, is illegal in most Western countries), caring for a spoonhead plakat betta is relatively easy.

Spoonheads are not especially strong swimmers when not engaged in combat, and they generally grow to between two and three inches long. However, you do need to keep your plakat in a proper aquarium setup and never in a vase, bowl, or jar.

The minimum tank size for a plakat betta should be two to five gallons, but with that said, wild fish choose and defend a territory of three square feet or more. So, an aquarium that’s larger than that is preferable.

Bettas are surface feeders and make frequent visits to the top of the tank to breathe through their labyrinth organs, so long, shallow tanks are best. Long tanks also offer plenty of surface area, which is better for gaseous exchange and helps keep the aquarium well-oxygenated and healthy for your betta.

Like all betta varieties, spoonheads are tropical fish that need warm water to survive, so you do need to provide a heater for the tank. Even if your betta tank is in a warm room, you’ll still need a heater to keep the temperature from fluctuating. Bettas are highly susceptible to temperature shock, so you need the water temperature to remain as constant as possible.

Keep the water temperature between 72 and 82 degrees Fahrenheit; ideally, it should be closer to 78 degrees.

Although bettas are small fish that don’t produce a lot of waste, you’ll need a proper filtration system in the tank to keep the water quality high for your fish. Spoonheads don’t like a particularly strong water flow, as their wild habitat is generally stagnant or slow-moving water in paddy fields, ditches, and ponds. So, choose a filter that doesn’t create too much of a water current, or opt to buffer the flow with plants or decorations.

Carry out 25 to 30 percent water changes weekly, vacuum the substrate to remove waste and uneaten food, and maintain the filter media properly according to the manufacturer’s guidelines.

Test the water every week using an aquarium water testing kit to make sure that ammonia and nitrite levels are zero and nitrates are 20 ppm or less.

All betta fish like to have somewhere to rest, so include some broad-leaved plants in your spoonhead’s tank, as well as a betta hammock, floating hollow log, and smooth driftwood.

Bettas love to explore, and your territorial plakat will appreciate some caves, overhangs, and rockwork to check out.

When it comes to lighting, the light in the betta’s natural habitat is quite subdued, largely because the water is clouded by mud and sediment and is heavily vegetated. In the tank, you only need to ensure your live plants have enough light to photosynthesize.

Can spoonhead bettas have tank mates? 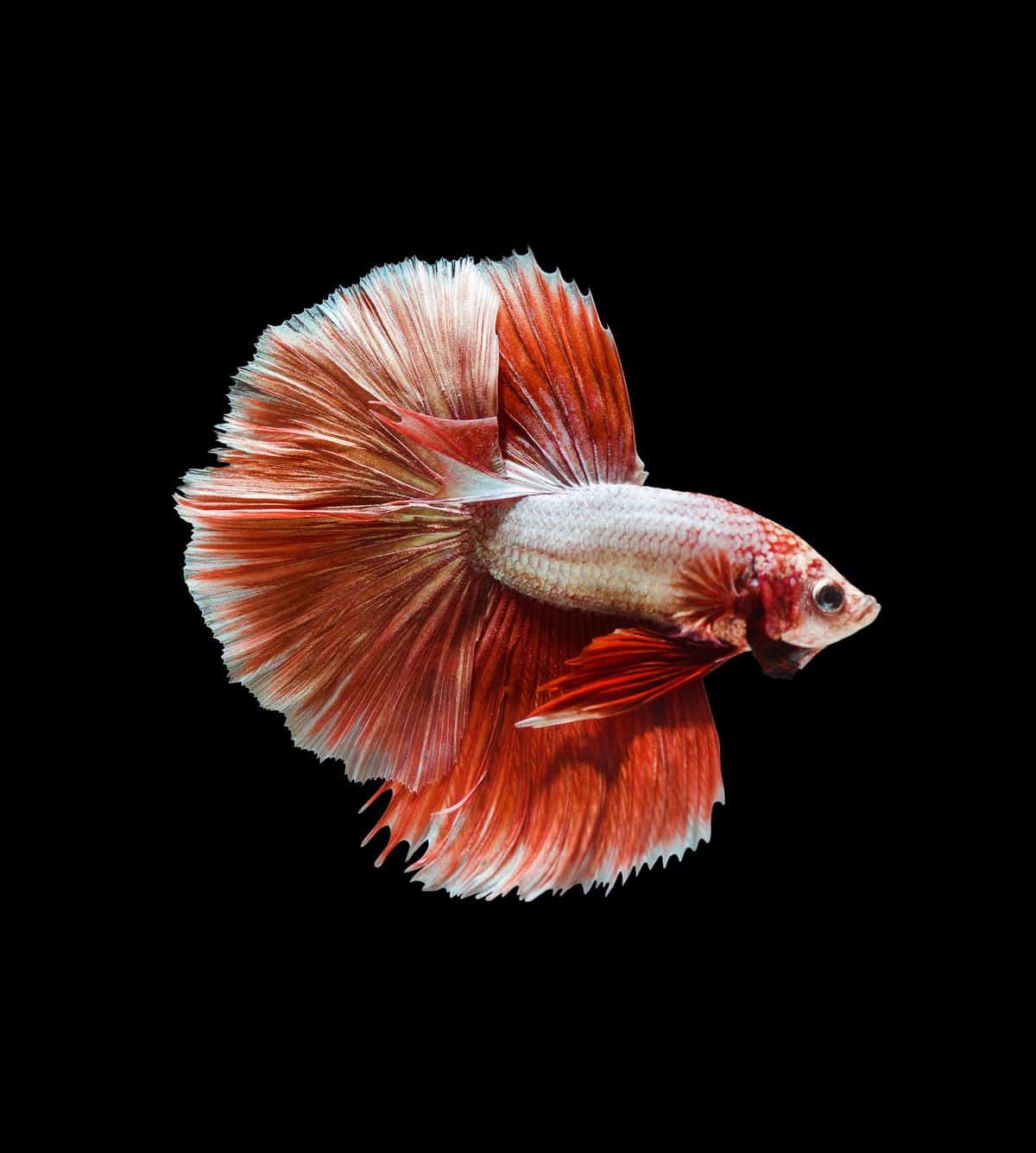 Remember that your spoonhead betta has generations’ worth of fighting abilities in its DNA. So, you cannot ever keep two male bettas together. Putting two plakats in the same tank will almost certainly result in serious injuries and, most likely, one or both parties’ death.

However, bettas are intelligent fish, and they do get bored if they’re starved of company. That said, a spoonhead is a feisty, territorial, and aggressive character, so you have to be very careful about what other fish you introduce into its space.

Choose fish that live in the bottom to middle areas of the water column so they won’t come into direct conflict with your plakat betta. Corydoras catfish are a good choice, as they’re bottom-dwellers that won’t bother your betta. Larger species of invertebrates and snails can also make good tank mates for spoonheads, and they help keep the tank free of algae.

Sometimes, a small sorority of female bettas works well with one male spoonhead, especially in a large tank with plenty of hiding places and lush planting where the ladies can seek refuge when necessary.

What do spoonhead bettas eat?

Like all betta fish, spoonheads are mainly carnivorous, enjoying a varied diet of live, frozen, and freeze-dried foods. Particular favorites of the betta fish include bloodworms, daphnia, mosquito larvae, and brine shrimp. You can also offer tropical fish flakes and mini betta pellets.

Here are the answers to a few of the most commonly asked questions about spoonhead bettas. Of course, if you have any further questions, put them in the comments box below, and we’ll do our best to help you find the information you need.

Is a spoonhead betta a bad fish to have in your tank?

Like all fighting plakats, the spoonhead is not the friendliest fish in the world with other male bettas. Generally, you’ll find the long-finned betta splendens more chilled-out and less aggressive than spoonheads.

Can I enter my spoonhead in fish fights?

NO! It’s illegal in the west to pit betta fish against each other in fighting bouts. Also, your poor spoonhead and his opponent could easily be killed or seriously injured.

How can I tell a spoonhead from an ordinary betta fish?

Spoonheads have a very exaggeratedly curved mouth that ends in a sharp point. Like all plakats, spoonheads have a chunky and strong body shape and short fins. In contrast, betta splendens have long, flowing fins. Modern spoonhead plakats are brightly colored, including metallics and marbles.

How big are spoonhead bettas?

The typical size of a spoonhead betta is between two and three inches long.

No. Although a spoonhead will defend its territory against other male bettas, you’re perfectly safe to clean out its tank. Even if your fish did nibble on your fingers, its tiny teeth are far too small to inflict any kind of damage to a human.

The spoonhead betta is a variety of plakat that was originally bred in Thailand for the traditional sport of fish fighting. Consequently, these fish are much more aggressive than their more placid betta splendens cousins, and you should choose their tank mates with care to avoid bloodshed or worse — death.

All that said, spoonhead bettas can make fascinating pets, and they’re pretty straightforward to care for, provided you give your fish a heated, filtered tank and a varied, mostly meaty diet.