Bettas are cute fish. So cute you may be tempted to reach in the water to give your favorite pet a pat on the head, or stroke his lovely fins.

Not so fast! Bettas are also called Siamese fighting fish for a reason! Your betta could easily bite you if you try to pet him, and even if you do succeed in touching him, you risk damaging his health.

Bettas should never be petted, and here’s why…

While you may be able to successfully pet larger species of pet fish such as koi carp, bettas are tiny in proportion to your hands.

Your approaching hand would look enormous and very threatening to your betta, who would understandably bite you or swim for cover if you tried to pet him.

Can My Betta Really Bite Me?!

Yes! Bettas are aggressive, carnivorous fish. When they feel threatened they will often attack whatever they perceive as dangerous.

Though their bite won’t seriously harm you, it can still be quite a shocking experience!

Petting Your Betta Can Harm Him

All fish have a thin layer of slime or mucus that covers their scales and protects them from all kinds of bacterial infections.

Touching your betta could easily remove a portion of this slime and leave your fish vulnerable to infection.

Bacterial fin rot and ich parasites often lie dormant in your tank, waiting for an opportunity to infect a stressed or weakened fish. Petting your betta would strongly increase the chances.

Whether you are successful or not at petting your betta, trying to do so could cause him a great deal of stress. Since your pet betta will see your hand as a threat, it will likely induce a fight or flight stress response in him.

Stress adversely affects your betta in many ways. He may lose his appetite and his zeal for life, as well as his vibrant colors. A stressed betta is also much more likely to succumb to diseases.

If you did manage to grab hold of your betta to pet him, the event could easily send him into shock.

Shock is like a huge level of stress in a short period, and can even lead to heart attacks and seizures. Even if your betta survives, the strain on his system could shorten his lifespan.

So, Could Petting My Betta Kill Him? 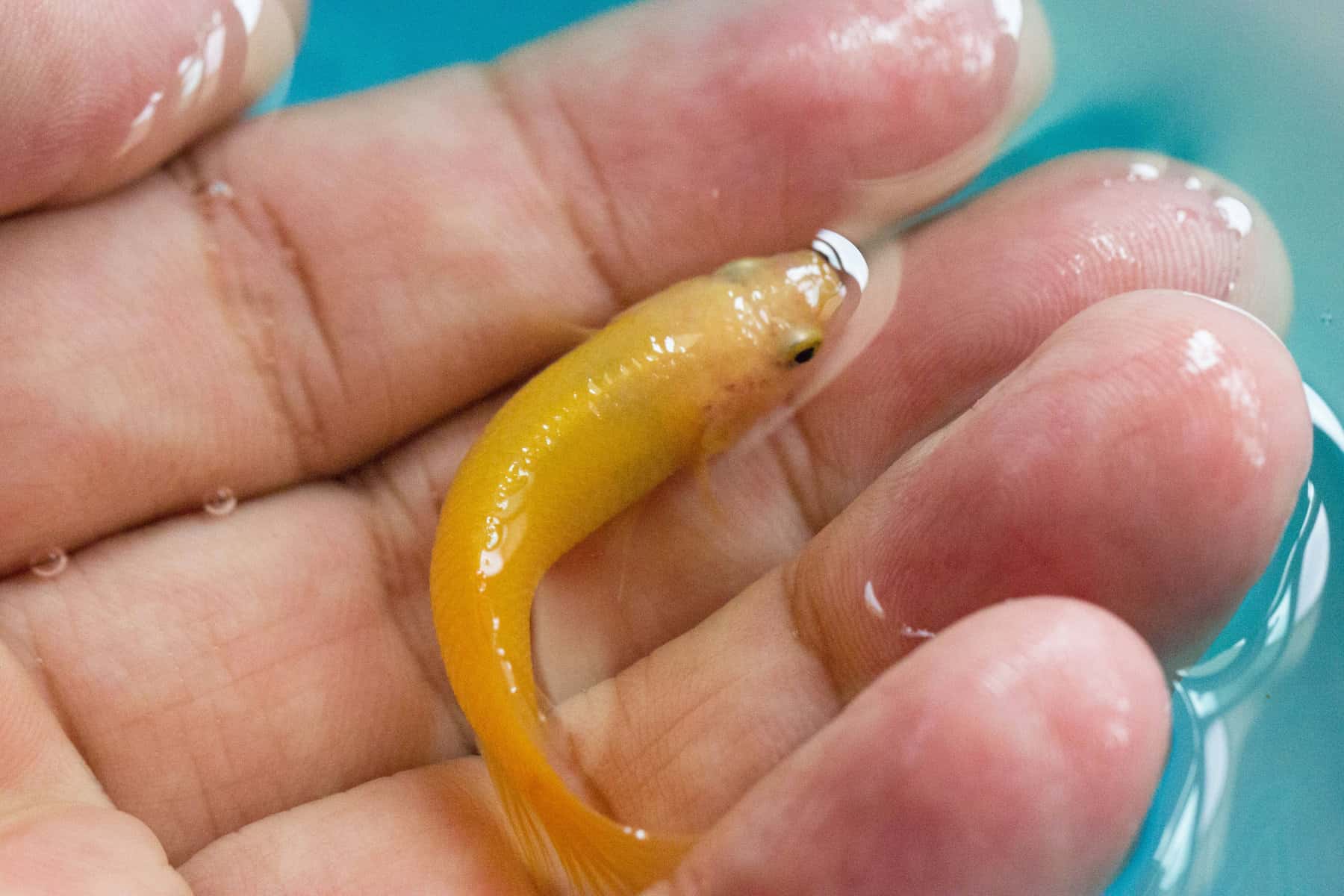 If you were to grab hold of your betta for petting, the shock could easily kill him within a few hours.

Even if you were more gentle, the stress caused, as well as the slime removed from his skin could easily cause a fatal infection.

4 Great Ways To Connect With Your Betta Without Hurting Him

Thankfully, there are many ways to show affection or play with your betta that don’t involve physical touch.

Have you ever noticed your betta fish staring back at you through the glass? He’s almost as interested in you as you are in him!

Offer Him Some New Plants or Decor

Bettas love to explore their environment. If you want to show your betta how much you love him, why not give him a home that reminds him of his natural habitat?

Bettas are from the slow-moving waters of South East Asia where there are lots of plants and water features to explore.

Give your betta a floating weed like Amazon Frogbit or a beautiful piece of driftwood to hide underneath. It can be so much fun seeing how he’ll respond to each new item.

Treat Him to Some Gourmet Betta Foods!

You probably already feed your betta fish with betta pellets, but there are so many other foods that are not only tremendously healthy for him, but which he’ll love eating too!

Bloodworms, brine shrimp, daphnia, mosquito larvae, and Mysis shrimp are all delicacies in the eyes of your betta, and it’s great fun watching him light up and chow down on his favorite snacks!

Just be careful not to overfeed your betta! Read our guide on betta feeding here.

Play With a Betta Mirror

Some betta hobbyists use an exercise mirror to have fun with their pet fish.

When a fish sees its reflection in the mirror, it assumes another fish is looking back at it. Since a male betta will fight with any other male that enters his territory, he will immediately dash towards his mirror image to fend it off from his tank.

This allows your male betta to engage in his natural fighting behavior without anyone getting hurt. To see him flare and his colors bolden as he ‘fights off his competitor’ can be a real thrill.

Just don’t overdo it with a mirror. If you trigger his fighting instincts too often he will become stressed. A few times a week for 30 seconds at a time is plenty enough.

Train Your Betta To Do Tricks!

Yes, you really can train your betta fish to do all manner of tricks! Bettas are super smart pets and can learn all kinds of behaviors if you train them right.

A great way to start is to find your betta’s favorite food as something to reward him with. Perhaps it’s bloodworms, or maybe daphnia? Train your betta to follow your hand that contains the food all the way to the top of the tank. When performed correctly, reward him with his prized food.

Using this method, you can eventually teach your betta more and more elaborate tricks like swimming through hoops or jumping out of the water (careful he doesn’t jump out of the tank though)!

Some occasional training sessions like this can be a great way for you and your betta to bond. Just be careful not to exhaust your fish, and never force him to perform. Bettas need time to rest as well as play just like you do!

Why Not to Pet Your Betta

As we’ve discussed, there’s a whole host of reasons not to pet your betta fish.

Doing so could break open his slime protection and cause him considerable stress. All of which can lead to disease or, in the worst case, death.

So keep your pet betta fish healthy and refrain from touching him. There are many other, less intrusive ways to show affection for your betta, so why not give one of our suggestions a try today?