You may have noticed your betta fish flaring, sometimes at another fish or even at his reflection. But is flaring good or bad for your betta, and why do captive fish demonstrate this fascinating behavior?

In this informative article, you’ll learn all about betta fish flaring so that you’ll have a much better understanding of your pet’s behavior.

What is betta fish flaring?

Flaring is the term that’s used to describe the betta’s act of puffing up his gill flaps, effectively making himself look much bigger.

Why does my betta fish flare?

There are a few reasons why your betta fish flares. 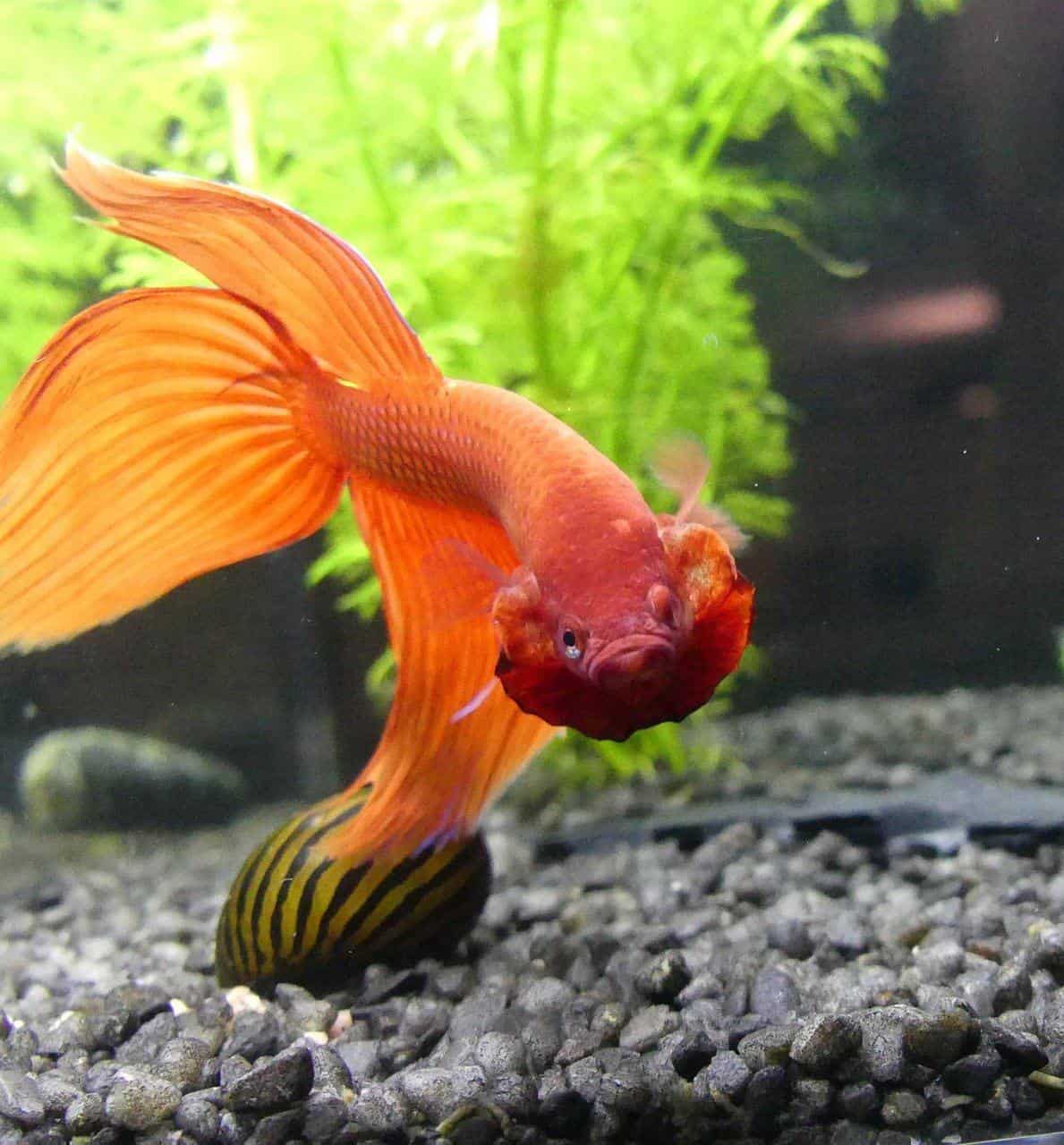 Bettas are naturally highly territorial. In the wild, if another male betta enters their patch, the resident fish will act aggressively toward the intruder as a way of protecting his territory.

Bettas show aggression by flaring up to make themselves appear bigger than they actually are. That behavior also prevents a full-scale fight when one fish could be injured, as one fish usually backs down and moves on to another area before things get physical. That’s why you should never place two male bettas in the confined space of a fish tank, as there’s no escape route, and they may eventually end up fighting to the death.

Flaring isn’t always associated with aggression. Sometimes, betta fish flare for no apparent reason at all, simply to take a stretch.

That’s good for your betta fish, helping to stretch his muscles and keeping him in good shape.

If you have a male and a few female bettas together in the same tank, you may notice them flaring at one another. That’s usually not a cause for concern and generally indicates pre-spawning, flirting behavior, especially if the male betta has built a bubble nest in the tank.

Keep an eye on the fish and be prepared to separate them if the behavior becomes too boisterous, and there’s a chance of injuries occurring.

Why does my betta flare at me?

Many betta owners report that their pets sometimes flare at them. So, why does your betta flare at you?

Sometimes, bettas flare at their owners or even at their food. That’s not good, as it can cause stress for your pet. Stress weakens the fish’s immune system, leaving him vulnerable to attack by bacteria and parasites.

Flaring at their owner is most commonly seen when a betta fish is first introduced to his new home. At that time, the betta is disoriented and undoubtedly stressed.

Once your pet has had a few days to settle down, explore his tank, and find some good hiding places where he can retreat when he wants to, the flaring behavior should stop. It’s a good idea during that acclimation phase not to spend too much time around your betta’s tank. That’s difficult because most new owners want to get to know their new pet, fuss over, and admire him. But you must resist the temptation to hang around the tank too much and give your new acquisition the time and space to settle in.

Remember that your betta doesn’t know that you are his keeper and that you will provide him with everything that he needs for a happy, healthy life. All he sees is a huge predator approaching! And if you put your hands into the tank for cleaning and maintenance, your pet will most likely view your fingers as a potentially dangerous intruder, and he will flare at them in an effort to frighten you away.

Betta fish don’t see in the same way that you do. Bettas mostly see color and movement, and they feel vibrations, such as your footsteps on the ground when you approach the aquarium.

The best way to accustom your fish to you being around is to give him plenty of time to settle down. When you clean the tank, don’t remove the betta first. Go about your usual gravel vacuuming and other maintenance duties slowly and carefully, and try not to disturb your fish too much. Eventually, you will find that your naturally curious pet will come and nibble gently on your hands.

Over a few weeks, your betta will come to learn that you are not a threat to him. Take things slowly and gently, and your pet will soon stop flaring at you as he gets used to his new routine.

Your betta doesn’t know the difference between his reflection and another fish. Don’t judge him too harshly on that; after all, he’s only a fish!

However, that does mean that your betta will most likely flare at his reflection constantly, which can be very stressful for your pet. So, how can you reduce reflections in your betta’s tank?

First of all, you might want to adjust the light in the room so that it doesn’t create reflections inside the tank. If that’s not practical, try moving the tank to a new location. Alternatively, you may want to adjust the aquarium lighting.

If you can’t alter the lighting around your betta tank, you may want to try covering up the sides of the tank, leaving the front viewing pane open.

That’s easy to do. Use adhesive aquarium-specific paper that you’ll get from your local fish store, or use neutral or pale-colored craft paper. Avoid anything too brightly colored, as that could strain your betta’s eyes. A piece of fabric also works well and can be easier to shape to fit the tank sides, too.

Is flaring bad for my betta?

Remember that most flaring is an aggressive response to some form of external stimuli. As previously mentioned, flaring is actually very stressful for your betta fish, and too much is potentially very harmful.

A small amount of flaring allows your fish to stretch and indulge in natural behavior, like a work-out for your pet. However, imagine if you worked-out constantly every day! You’d soon feel exhausted and burned out, and the same goes for your betta.

Flaring is usually an aggressive behavior that bettas do when trying to drive an intruder out of their territory. Once the intruder has gone, the betta relaxes, and life returns to normal. So, flaring is not something that should happen very frequently.

Stress weakens the fish’s immune system, allowing the bacteria that live in your tank water to attack your fish and make him sick or even kill him.

Ideally, your betta should not flare for more than 20 minutes in total per week. More than that will cause your pet to become stressed.

Is flaring good for my betta?

So, too much flaring is stressful for your betta fish. That said, flaring can have some benefits.

Bettas are intelligent fish, and they can become bored without some kind of interaction with their owners. You can buy some toys for your betta tank that can help to stave off boredom.

Some people buy mirrors as a form of entertainment for their pets. Simply hold the mirror up to your betta fish. Wait for a few moments to allow your fish to see himself in the mirror. Your fish will flare at his reflection, taking that to be an intruder in his territory.

A minute or two of mirror play per week is more than enough to replicate your pet’s natural behavior and exercise him. But too much of that can lead to stress, so keep mirror play to a minimum.

Some betta fish flare naturally when they get excited by some form of healthy stimuli, such as at feeding times or when you come into the room to play with him. That could simply be down to the individual fish’s personality and shouldn’t cause you too much concern. 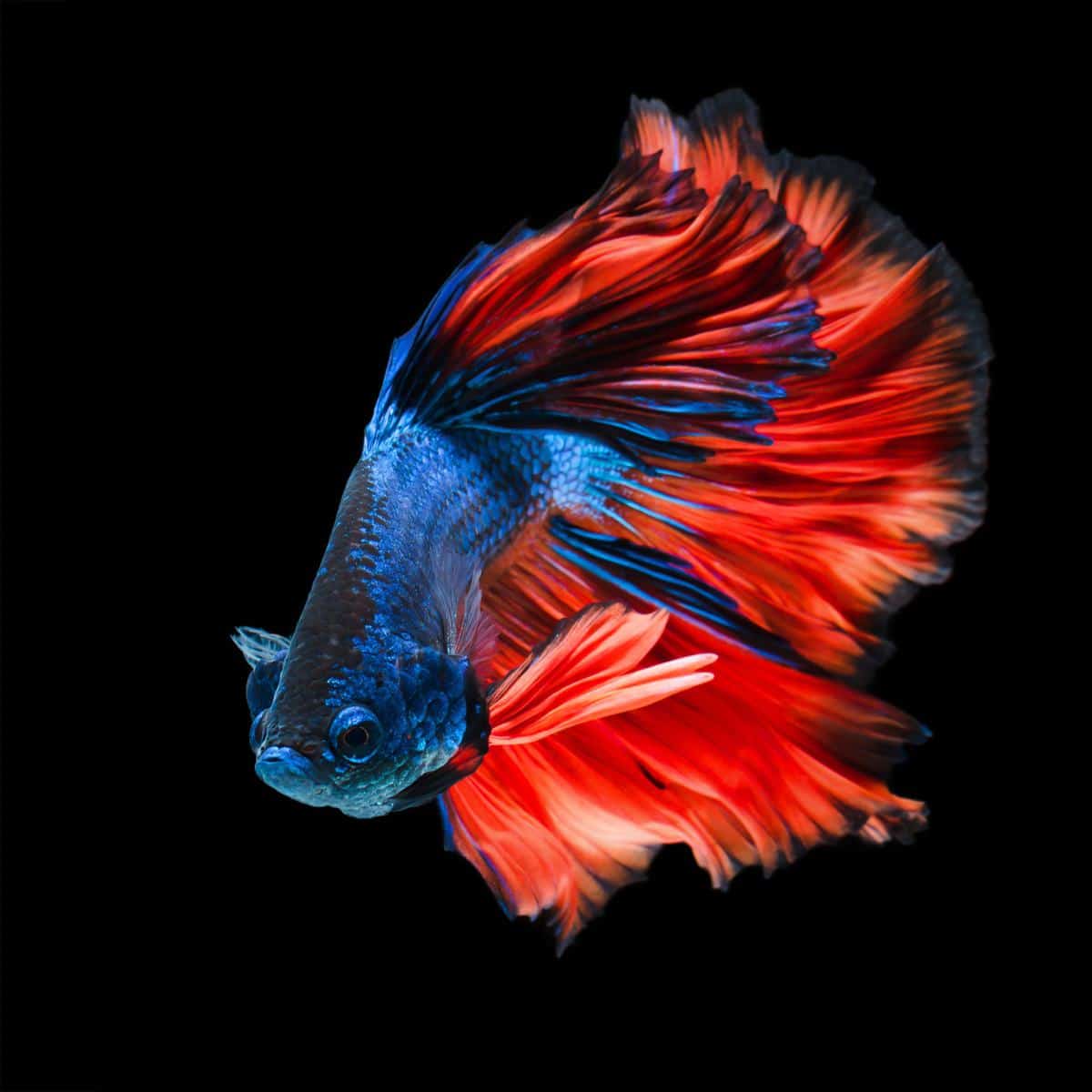 Female betta fish flare at each other. However, females are only semi-aggressive, rather than aggressive in the way that male betta fish are. Although some female bettas will flare at a mirror, many do not, preferring instead to get the exercise and stimulation they need by exploring their habitat.

Although you can’t keep male bettas together, it is possible to create a betta sorority.

Provide the girls with a spacious environment with lots of hiding spots and thick planting to find some personal space if they need it. You may find that keeping one male betta with a group of females works quite well, but keep an eye on the group to make sure that no bullying is taking place and be prepared to separate the fish.

When your male betta fish flares, that’s a sign of territorial aggression, which is designed to intimidate a rival into backing down.

A small amount of flaring won’t harm your betta and can be quite good for him in that it provides stimulation and exercise. However, too much flaring causes stress, and that leads to a weakened immune system and vulnerability to disease. A relaxed, happy fish is a healthy fish that enjoys his full lifespan. For that reason, it’s vital that you take action to prevent your betta buddy from flaring too much, as we’ve explained in this guide.