Alien bettas are one of the newest hybrid variations of betta fish currently available. These fish are a combination of wild species and domesticated Betta splendens and are becoming a favorite for many specialized breeders.
While hybridization is not generally recommended, if done correctly it can lead to some of the most interesting and beautiful betta fish breeds; never try breeding your betta fish without in-depth research and experience!
Keep reading to find out everything you need to know about alien bettas, how they came to be, and how to take care of one in your own freshwater aquarium. 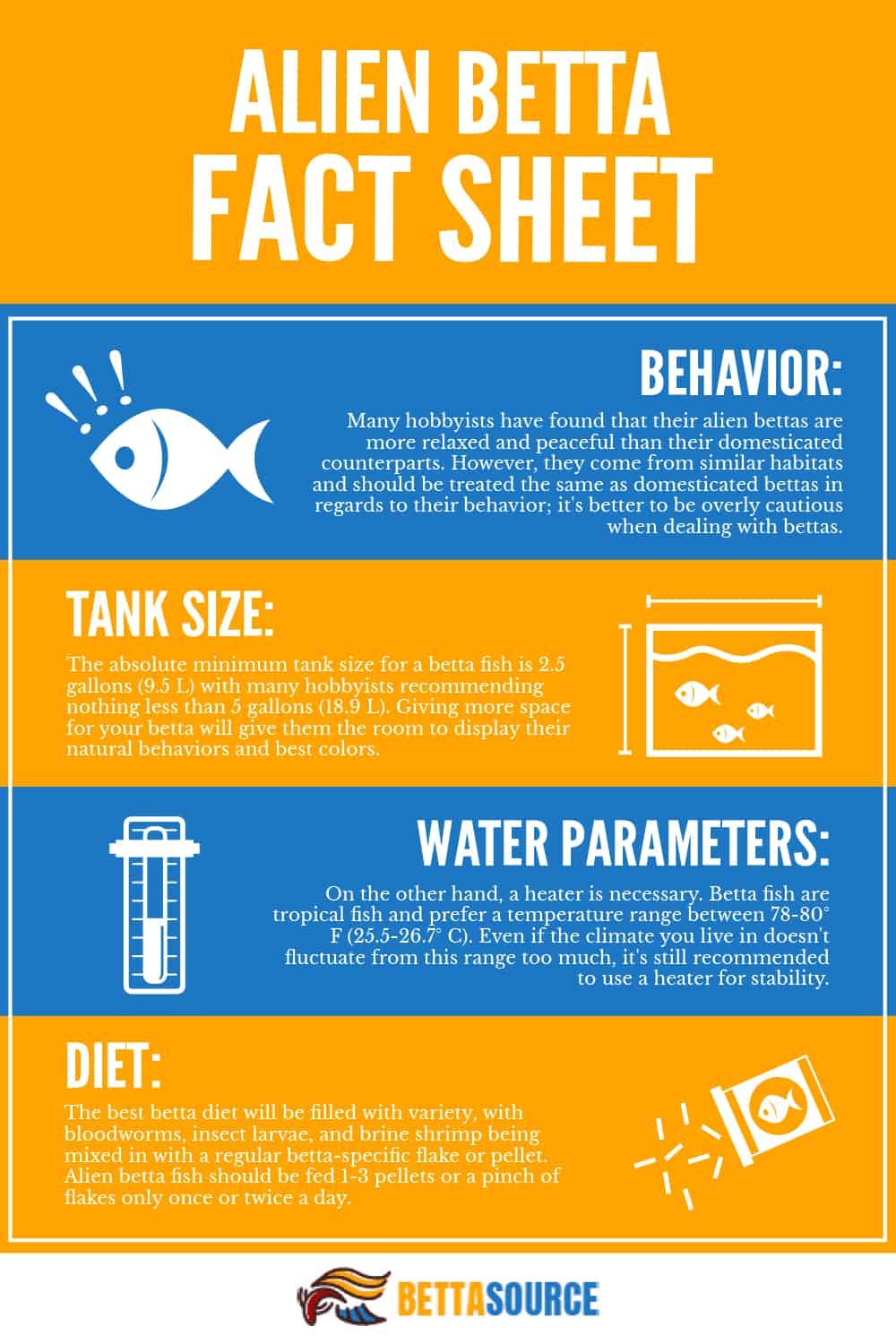 The lifespan of an alien betta fish is typically four years in captivity. If you give them the proper care and feeding, they can grow from 2 to 3 inches long.

There are a lot of different alien betta morphs to choose from. While not as common as standard bettas, you can find them in pet stores, online retailers, and fish shows. 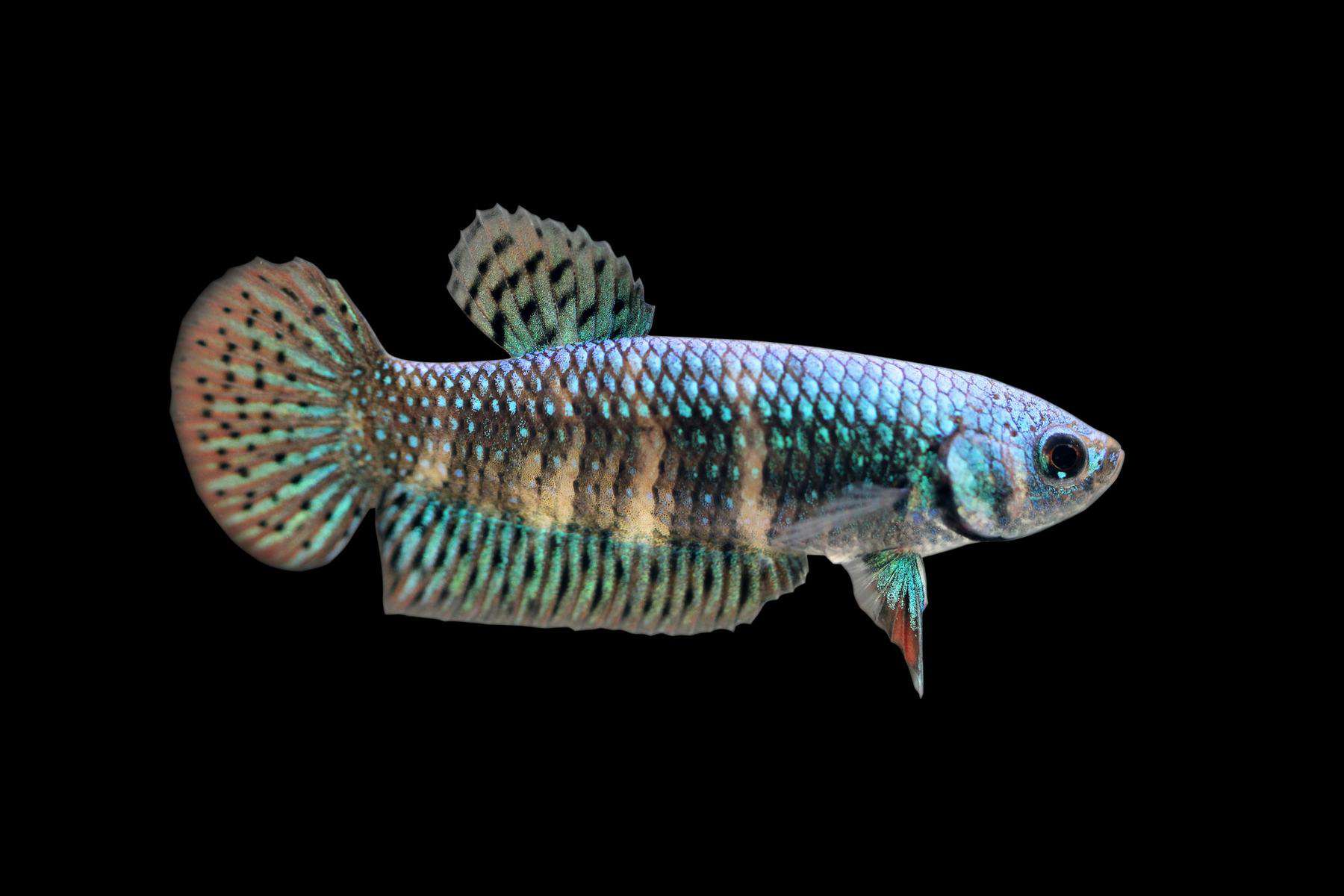 The three common varieties of alien betta fish are:

In the wild, alien bettas inhabit warm, shallow rivers with dense vegetation, where they consume mosquito larvae, bugs, and other small invertebrates.

In your home aquarium, it’s fascinating to watch your fish navigate through a densely planted aquarium, occasionally pausing to rest on a leaf before resuming its food search!

To replicate this scenario, you may utilize living plants that can withstand the high temperatures bettas prefer, such as amazon swords, java moss, and java fern.

Also, these plants are long-lasting, low-maintenance, and require little carbon dioxide or fertilizer.

As for substrate, you can use anything from gravel to sand to pebbles. Just make sure it is smooth, so it doesn’t damage your betta’s delicate fins.

If you want a more natural approach, you can use driftwood to create hiding places and shelter.

Not only is driftwood visually appealing, but it also slowly releases tannins into the water column. These humic acids lower the pH level and provide valuable minerals that strengthen your fish’s immune system. 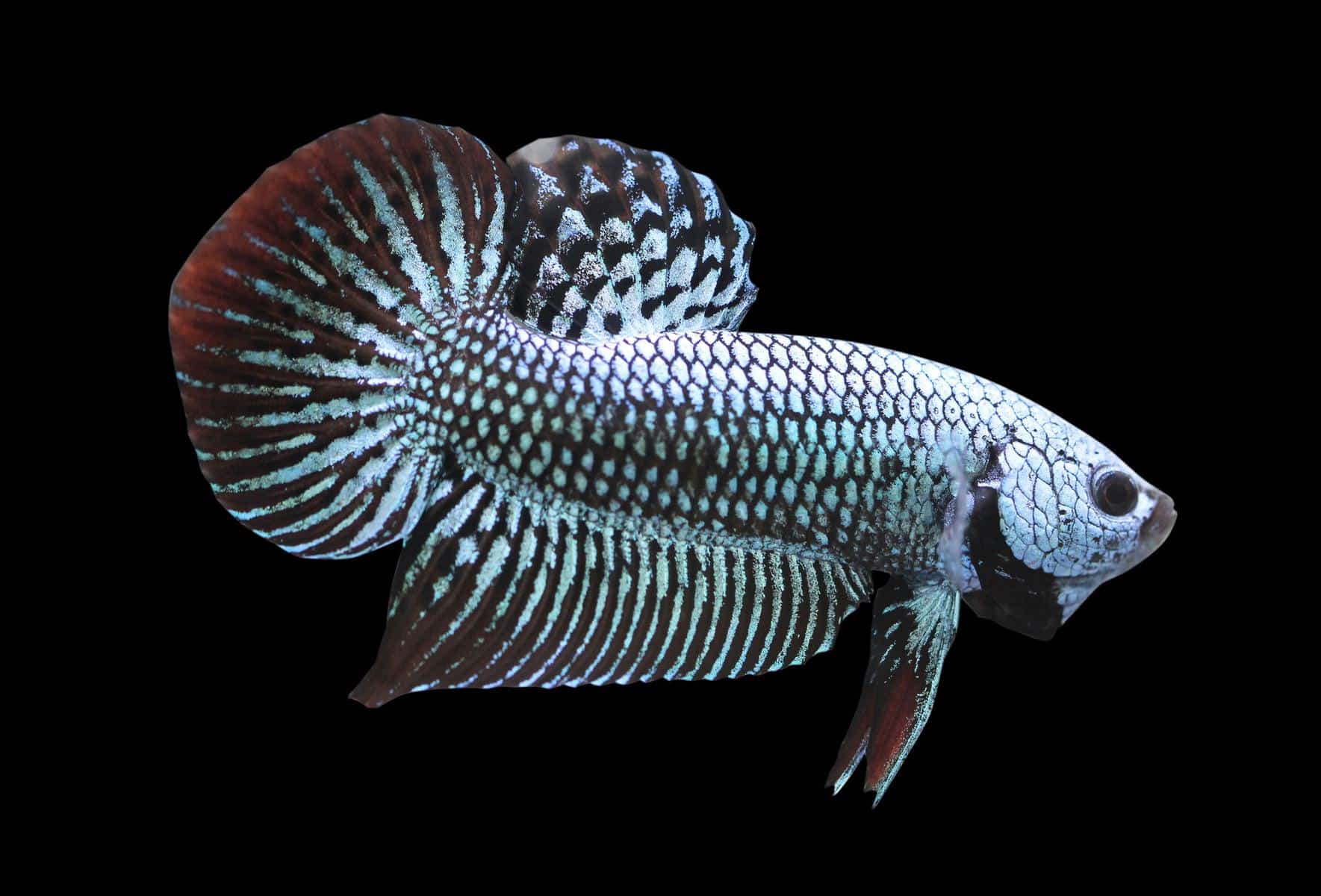 Alien betta fish isn’t the best community fish. They are aggressive and territorial by nature, so they don’t do well with other fish. So, if you want to keep more than one alien betta in a tank, you will need a very large tank so they can each have their own space.

Also, it would be best if you chose other peaceful fish with similar care requirements to keep with your alien betta. Some compatible fish options include the following:

Other fish you should avoid keeping with your alien betta include:

The average lifespan of an alien betta fish is 4 years when you provide them with the proper care and environment.

Do Alien Bettas Require Light In Their Tank?

Like all wild bettas, alien bettas prefer to spend half of their day in the light and the other half in the dark. Therefore, you’ll need to provide them with a light source that you can turn on and off accordingly.

How Can You Get a Blue Alien Betta Hybrid?

Blue aliens only appear when you have a homozygous metallic gene instead of a heterozygous iridescence gene. In the end, you get a gorgeous blue fish with caudal fins and webbing.

Alien betta fish are quite expensive and rare, so you’ll have to be prepared to pay a bit more for one of these beauties. However, they are definitely worth the price!

Are Alien Bettas Not Common?

Alien bettas are one of the most beautiful and rarest fish in the world. They aren’t common in pet stores, so if you’re looking for one, you’ll likely have to order it online.

Alien bettas are aggressive, solitary fish. They should not live with other aggressive fish, as they will likely attack and kill them.