Whether you’re a seasoned fish owner or want to take that big leap with your first betta, you may be curious about how many eggs a betta fish lays and how many fish babies you may need to care for.

As you probably already know, fish and humans have babies very differently…

How Do Betta Fish Lay Eggs?

For the betta mating process to be successful, both a male and a female need to be present. This can be difficult because bettas are known to be aggressive, so pairing the mates may not be easy. Bettas are unlikely to mate if they would rather fight each other.

The female betta fish will produce eggs with or without a male present. While these eggs are usually reabsorbed if mating does not happen, sometimes, they are expelled.

If your female betta lays eggs without males present, they will not hatch, and she will often eat them. If she does not eat them, you will need to remove them from the tank before they begin to decompose and contaminate the water.

For mating to occur, the male and female bettas will engage in a “courtship,” and the male will squeeze the female to encourage the release of the eggs. Once the eggs are deposited, the male will create his bubble and fertilize the eggs.

How Many Eggs Do Betta Fish Lay?

On average, a healthy betta female will lay between 30 and 100 eggs per spawn but can lay up to 500.

Unlike human reproduction, the eggs are unfertilized until they are outside the female body. Once the female betta lays her eggs, the male fertilizes them by depositing a bubble of milt around them.

However, only some of the eggs will be successfully fertilized, especially in larger batches.

Once the courtship is completed, the male fertilizes the eggs and cares for them in a bubble nest until the hatchlings, or betta fry, emerge. Before the eggs hatch, they are vulnerable to external forces and their parents.

The female lacks parental instincts and is often removed from the breeding tank immediately after the eggs are laid. Because her job is done, she may turn around and eat the eggs or attack the adult male while he fertilizes them. 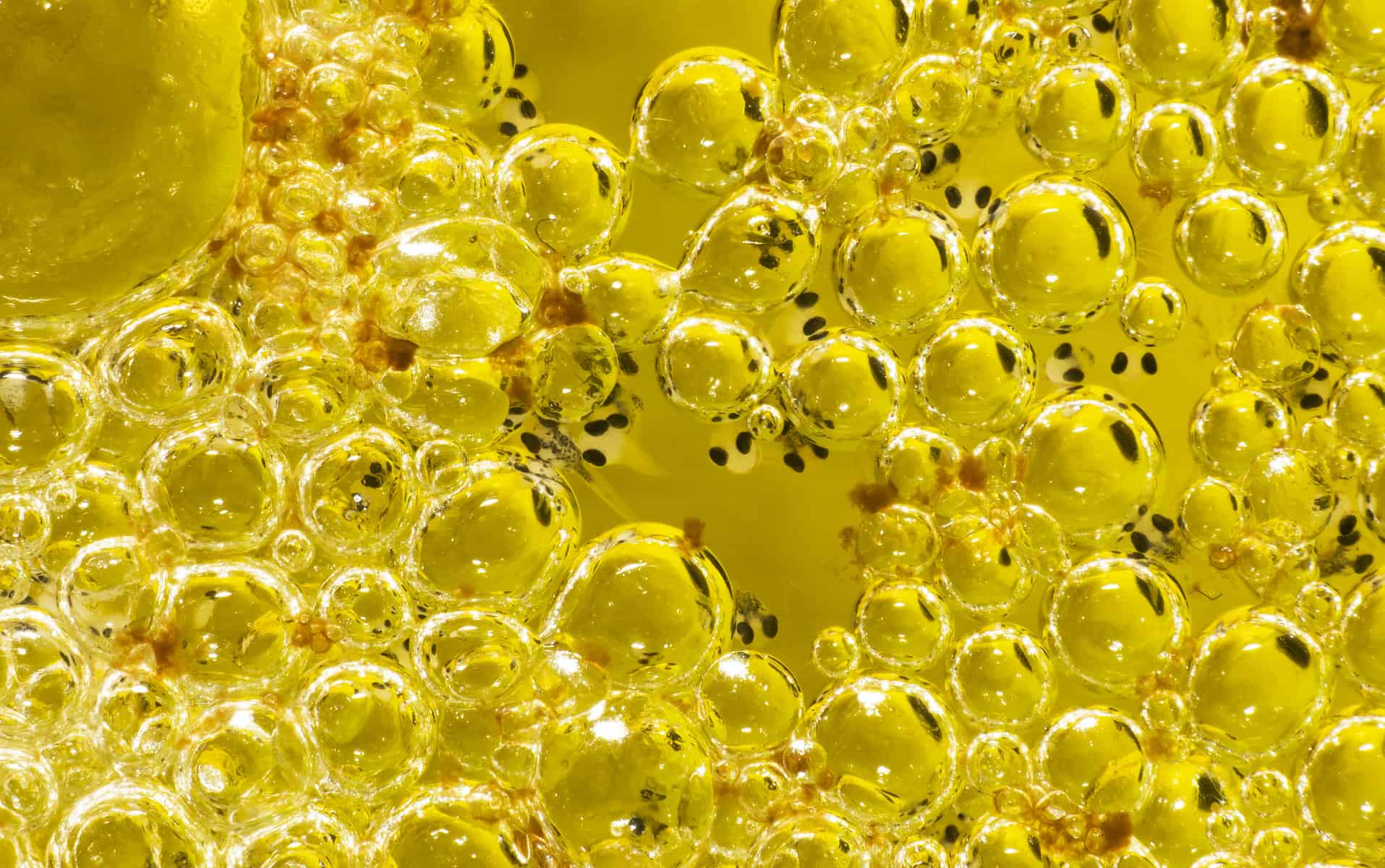 Are the Male Bettas Required After Fertilization?

Surprisingly, yes. Once the eggs are fertilized, it is up to the male fish to maintain the milt for the eggs to develop.

Mouthbrooder betta males will hold the eggs in their mouths until the eggs are ready to hatch. As soon as the fries can swim on their own, it is best to remove the male from the aquarium. As the young bettas begin to grow, the betta father may become aggressive and territorial towards them.

How Long Do Betta Eggs Take To Hatch?

Betta eggs hatch in two to three days, but hatching times can vary. In the case of mouth-brooding betta fish, it can take up to a month.

Once the baby bettas, or fry, are hatched, they need to stay in their nest for another day or two. During this time, they are still under the care of their father until they learn to swim, feed on the yolk sack from their eggs, and become independent.

How Often Can Bettas Lay Eggs?

A healthy female fish in optimal conditions can lay eggs every few weeks with the help of a mate.

Remember that the female will usually reabsorb any eggs not released in mating, so you won’t have a pile of unfertilized eggs in your tank every few weeks.

The ability to lay the eggs also depends on the strength of the male during the mating dance. The male may also have difficulty fertilizing the betta fish eggs once outside the female.

Betta fish are notoriously aggressive, so it is always best to keep the adult fish separate for as much of the process as possible.

Female bettas can lay up to hundreds of eggs at once, but for any of the baby fish to have a chance at survival, you’ll need to make sure the environment in which these betta fish are bred is optimal.