My first betta fish was named Sir Gillderoy Lockhart, and all the fish I had growing up were named after Harry Potter characters.

When I got older, my pets’ names grew up, too, but I never left puns behind. My most recent betta was called F. Scott Fishgerald.

By staying true to yourself and your interests, you, too, can choose a great name for your betta fish. Our team at Betta Source can help!

How To Choose a Name for Your Betta Fish

Choose a name for your betta fish by considering their appearance and unique personality, as well as your own preferences.

For example, if your fish is red and orange, and you once spent a summer exploring volcanoes in Hawaii, you could name your betta “Lava.” It really is that simple!

Naming your fish by its vibrant color is a fun, easy way to choose a name for your betta. For example, naming your fish after a certain shade of blue is a quick way to come up with a sophisticated-sounding name.

If you’re looking for something cuter, name your betta after your favorite blue food! Explore names by color below.

If naming your pet fish by color feels too easy for you, try to name your betta by its behaviors.

For example, a fish who loves jumping at the top of the tank could be called “Jumper,” or “Hopper,” or even something more creative, like “Javier.” (Javier Sotomayor currently holds the world record for highest jump)! 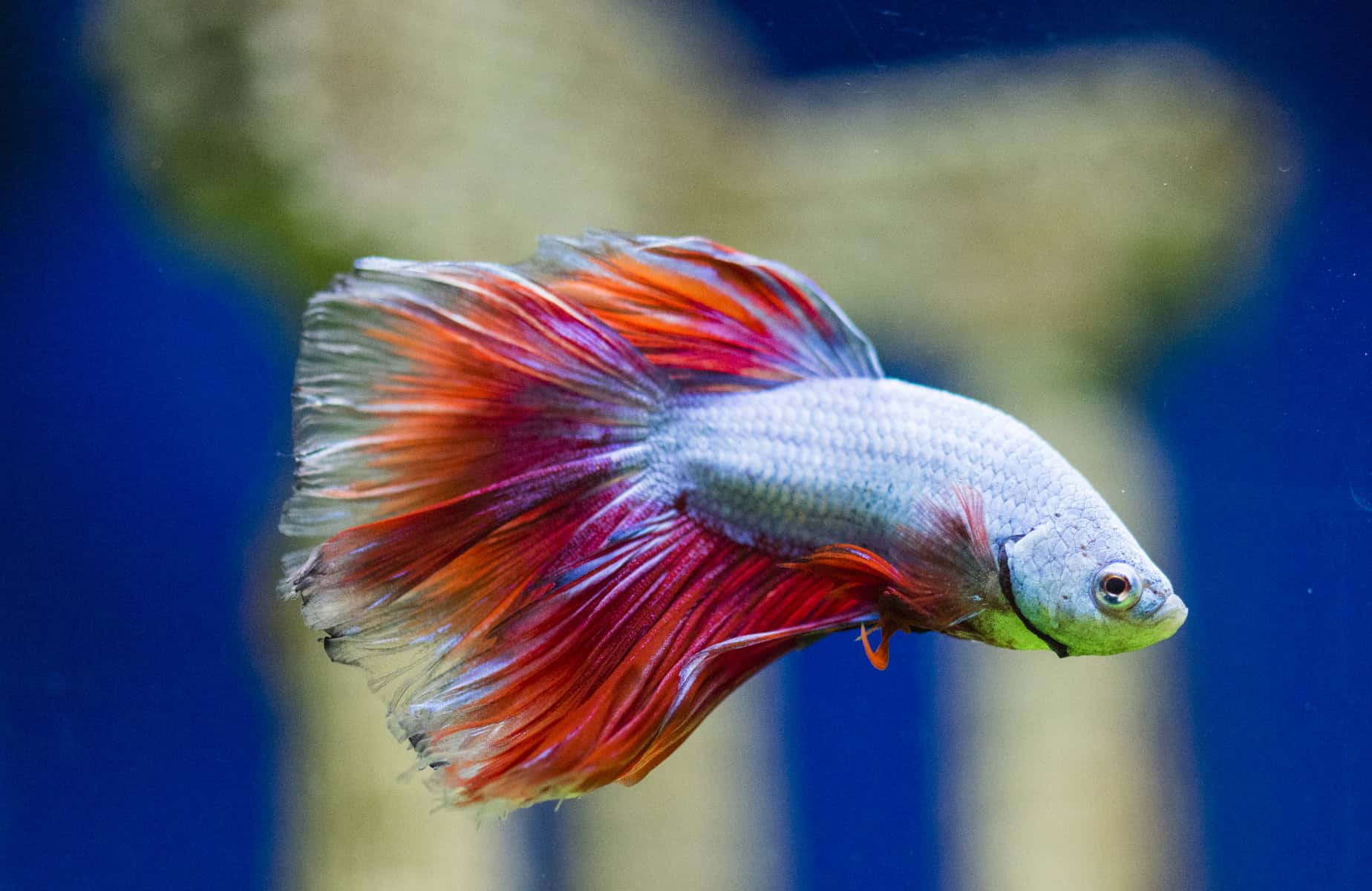 Some betta lovers prefer witty, tongue-in-cheek names for their fishy friends. One possible example is naming your fish “Sushi.” You won’t eat your betta, but every time you say their name, you will be making a joke. This name also plays on the fact that many people eat some types of fish and keep others as pets.

Another famous witty name is “Jaws,” which shows that betta fish and great white sharks are both fish.

Jaws is also a pop culture reference, and naming your betta fish after famous people or characters can be fun.

Some examples of betta fish names that are also pop-culture references include:

You can also try out a historical reference by naming your betta after a famous historical figure who sailed the high seas, such as Sir Francis Drake, Magellan, Blackbeard, or the Dread Pirate Roberts.

You can play with words to make your betta’s name into a pun. Simply find a name with a “fishy” sounding element and use spelling to bring that name to the forefront. Examples include:

Sea what you can come up with on your own!

Honor Your Betta’s Heritage With a Name From Southeast Asia

Betta fish are originally from Southeast Asia, and betta breeding began in Thailand, so why not acknowledge your fish’s heritage?

Common names in Thailand include:

If you need more ideas, you can also look for popular names from Malaysia, Indonesia, Vietnam, Laos, and Cambodia.

Gendered Names for Your Betta Fish

Why should naming your betta fish be any different from naming a child or another pet?

Keep reading for some of the most popular boy, girl, and gender-neutral names — all of which can be used to help you name your betta.

The most popular girl names in the United States include:

Why not borrow one for your female betta?

The most popular boy names in the United States include:

Why not borrow one for your male betta?

Gender Neutral Names for Your Betta

Society may be dictated by gender, but your betta tank doesn’t have to be.

Here are some popular gender-neutral names you can use for your betta:

Do Betta Fish Know Their Name?

At this point, you may wonder why you would even go through all the trouble of naming your betta fish. After all, do betta fish even know their names? The answer to this question is “sort of.”

Betta fish can hear your voice, and some people argue they know their names. What they really know, however, is YOU.

Betta fish know that you are their food source, so they will pay attention when you talk to them.

Can Bettas Learn Their Name?

According to WikiHow, betta fish can learn their name. Your fish may adapt to the patterns in your voice and respond every time you say its name.

While your fish will never be able to say, “Hi, my name is [insert your fish’s name here],” having a name for it can help you use the same word with a lot of frequency and build a bond with your betta.

Your betta fish’s name is more for you, your friends, and your family than for everyone else.

You need a word that you can say to your betta regularly, and your friends and family may want to know your fish by name.

Because your betta’s name is simply a word you will say to it all the time, why not name your betta after the words in the English language that are the most fun to say?

Betta Names That Are Fun to Say

Parade has a long list of words that are fun to say. Here are some you could use as names for your betta fish.

All kinds of words sound silly, so if there’s a word you like saying — in any language — you can use it as your betta’s name.

If I were to get another fish, I might name it “Aguacate,” a Spanish word meaning “avocado,” because I like how it sounds.

Choosing the Best Name for You and Your Betta Fish

The best name for you and your betta fish is a name you like. For extra points, you can choose a name that “fits” your betta or has personal meaning to you.

For example, if you purchased your betta from a breeder on Atlantic Boulevard, you could name your fish after the street name, so you will never forget it. Atlantic is also a great name because it’s the name of an ocean, and some fish come from the ocean!

Maybe you decided to get your betta fish after a breakup. You could name it “Therapist” because it made you feel better. Changing the name to “Therafish” could even add some humor to the situation.

There is no right or wrong answer when naming your betta fish. The choice is entirely personal, and your fish won’t mind — even if you just want to call them a swear word.

Teaching Your Betta Their Name

Your fish might not care what its name is, but it will pay attention to how you say it.

Try to use the same cadence and tone of voice every time you say your fish’s name, so they can recognize and respond to the vibrations. You can also address your betta by name every time you feed it.

Always speak positively to your fish because all animals can pick up on bad vibes.

Betta fish are great listeners, and if you treat your fish like a friend, it will be a loyal companion throughout its life.

The only thing more important than naming your fish is keeping it happy and healthy. Betta Source has endless tips and tricks to help you do that.

We hope we’ve helped you name your betta. Now, check out these articles to learn the best way to take care of your fishy friend: