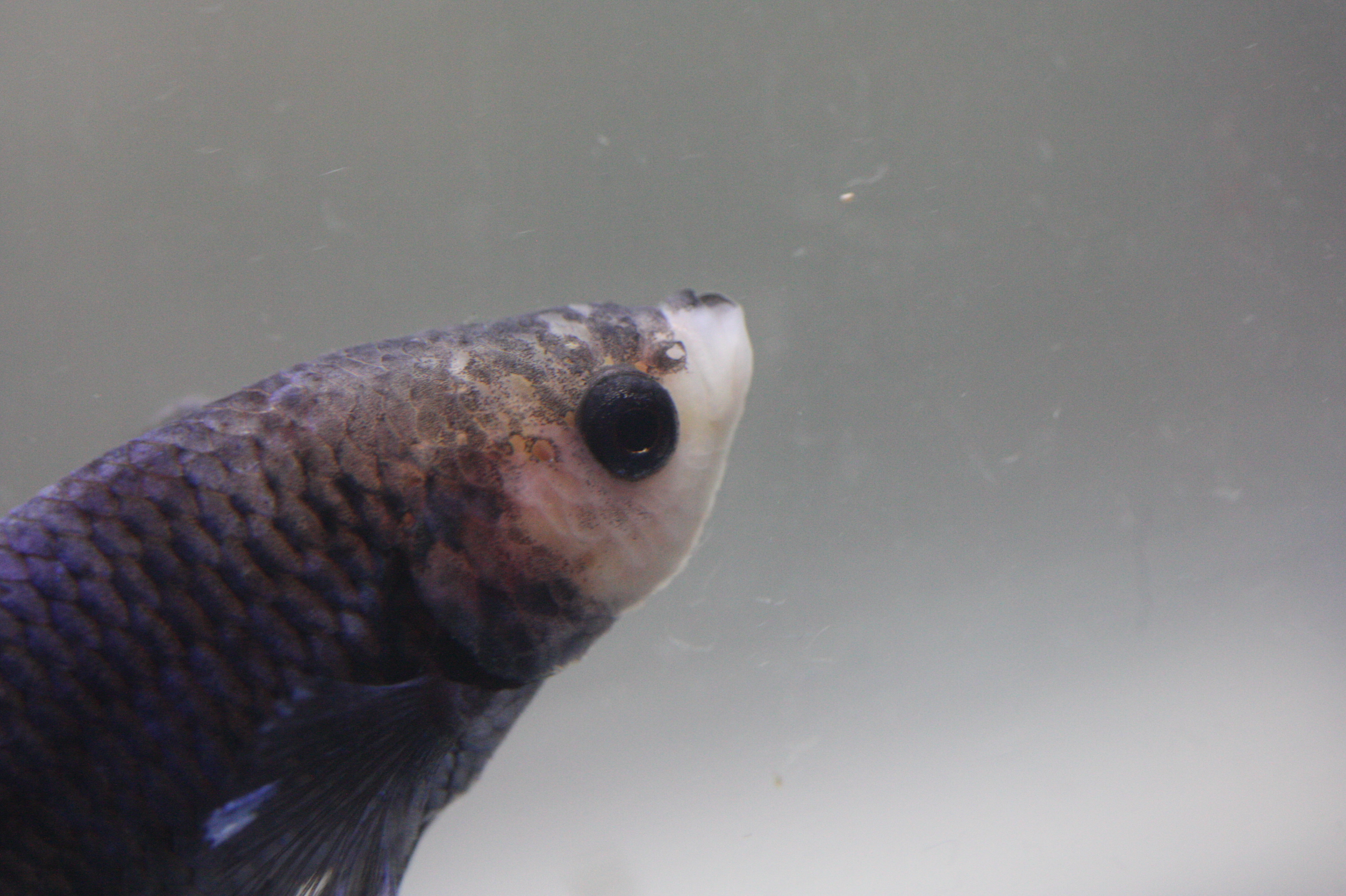 The white discolorations around the face and the swelling. See the grey areas along the back around the scale edges. 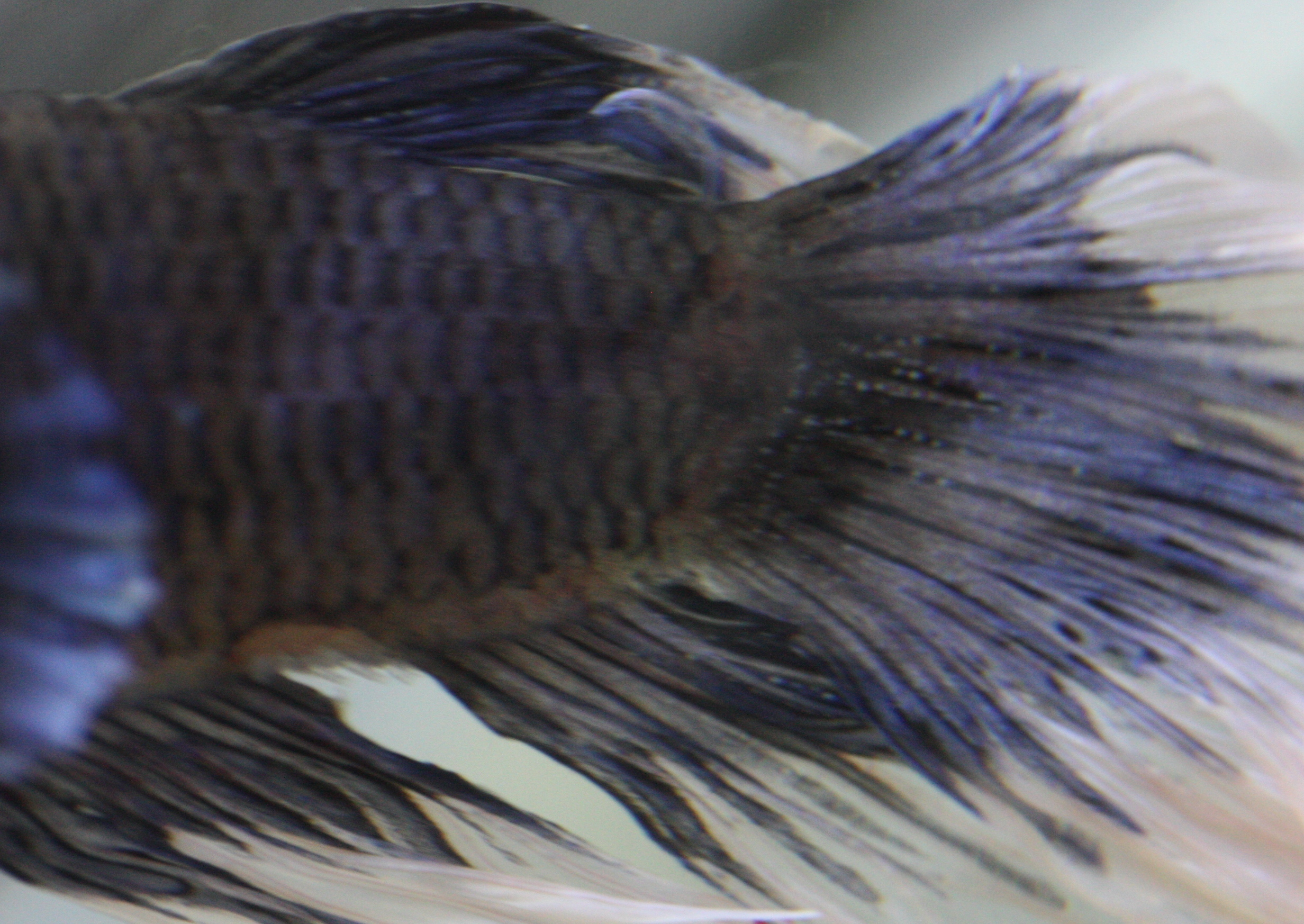 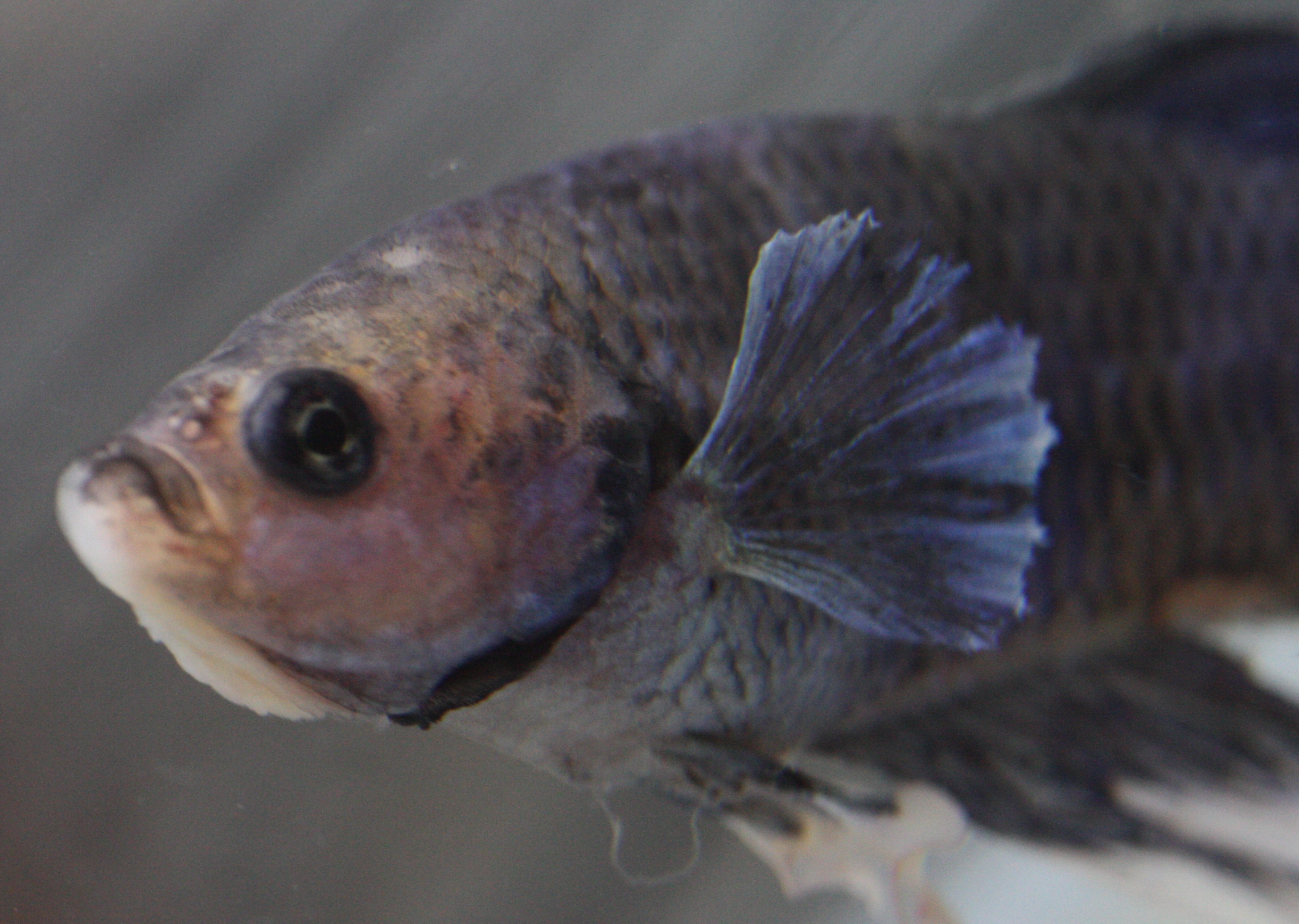 You can see the grey areas or lesions on the top of the head, as well as under the eye and along the gill in the chin area. See the swelling and the white of the opposite side of the face. 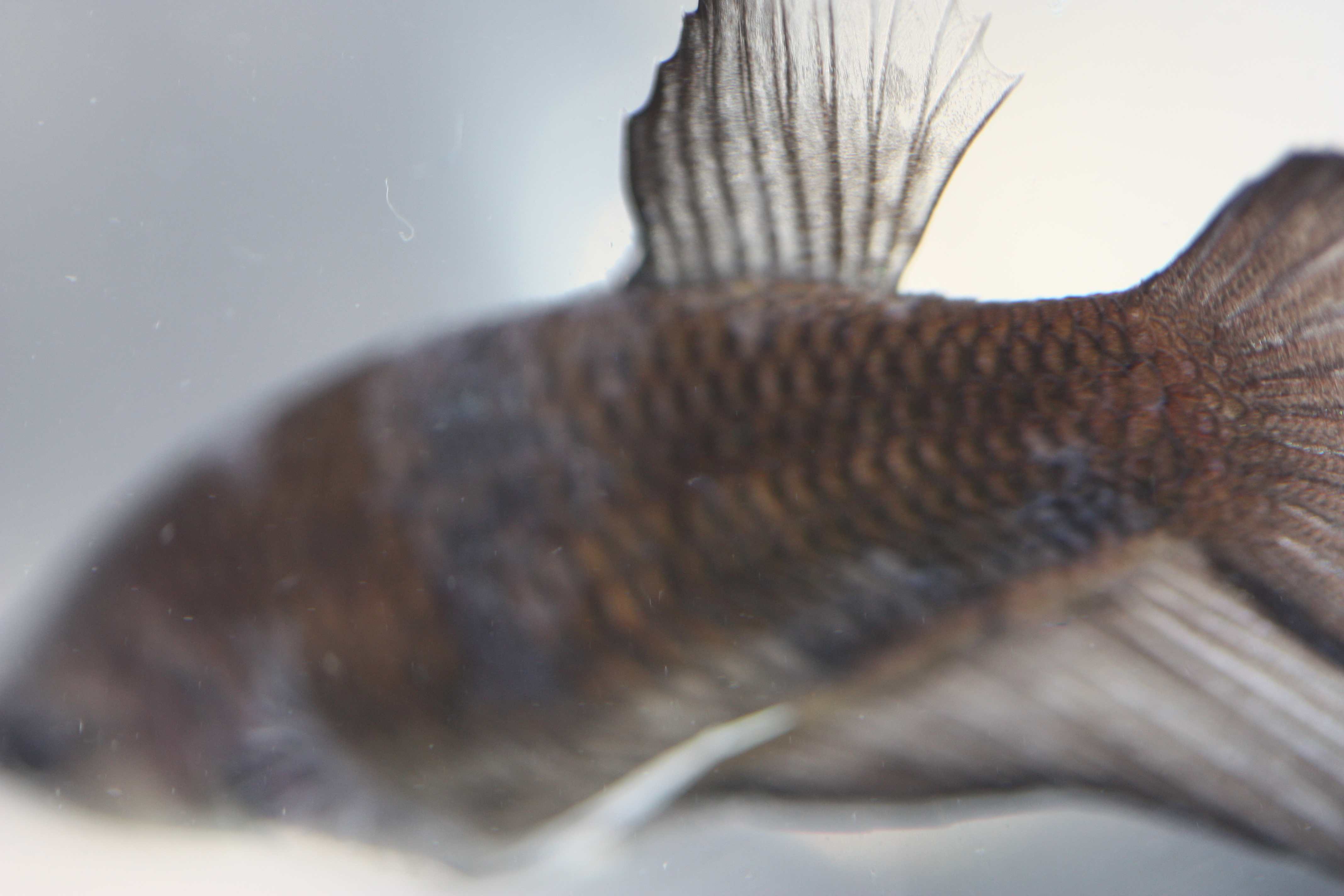 Not the best photo but you can see all the patches of infection on the body of of this fish. 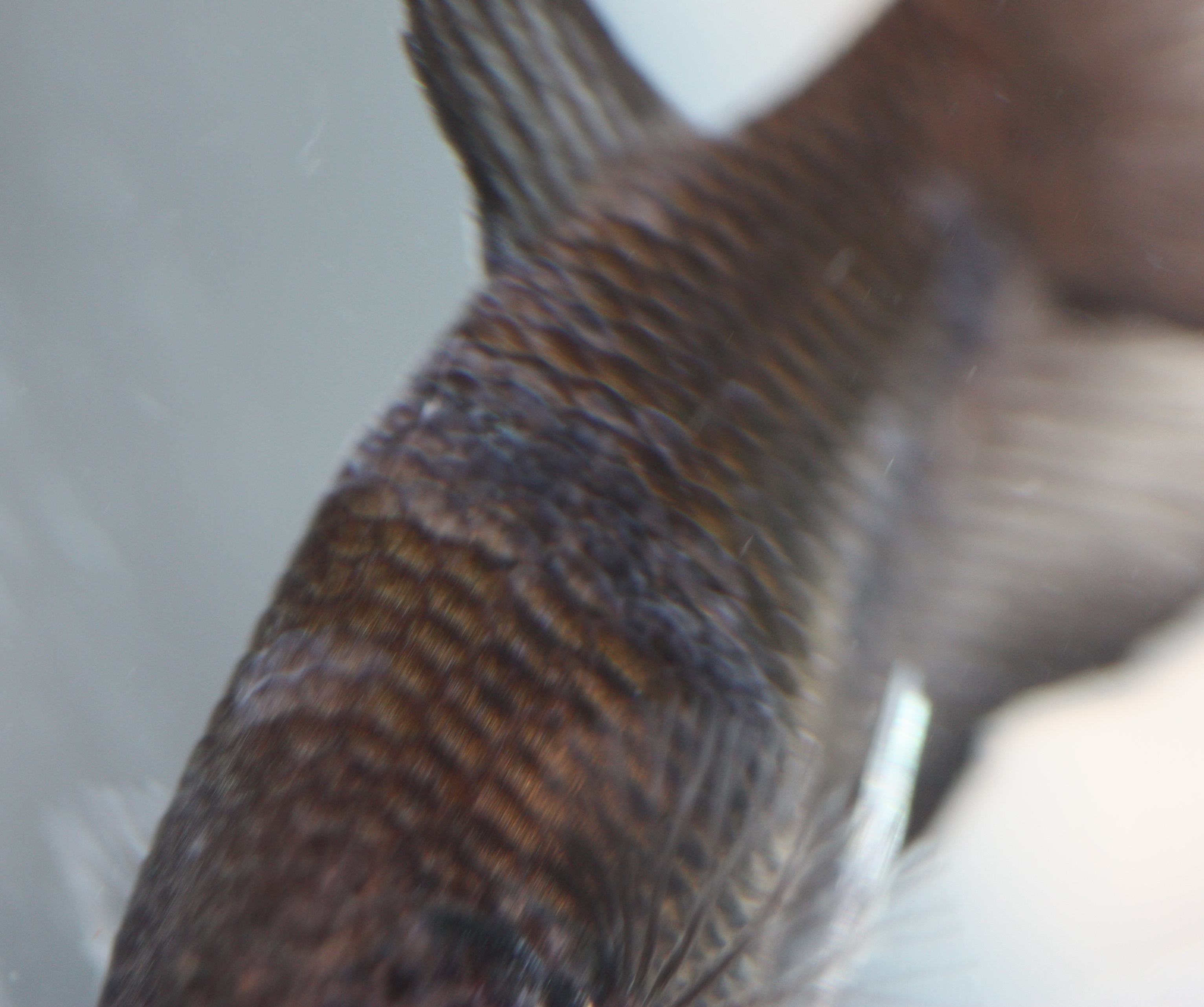 These are pretty advanced lesions on this fish. All the grey areas will eventually get darker like the larger area just before the dorsal fin. 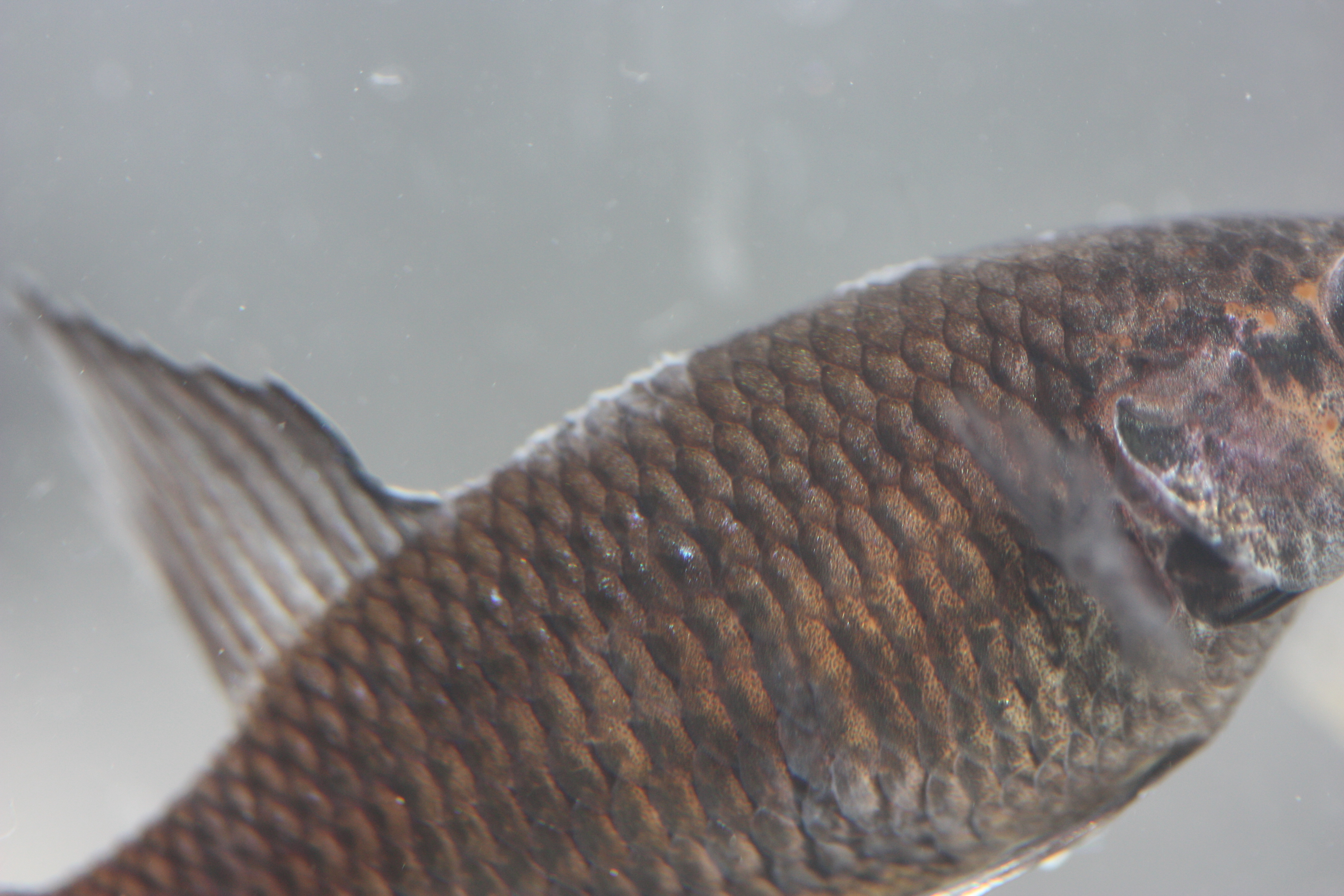 Can see the very established areas of the mycos in front of the dorsal fin and further up on the head. And  you can see all the white specs on the scales that are developing. The gill you  see a lot of the white-grey areas that are also developing mycos.