So you know your betta fish is female. Congratulations! Determining gender is half the battle. But you’re not off the hook just yet. There’s still a whole lot more you’ll need to know about your female betta fish.

In this article, we’ll cover some fun facts about female betta fish anatomy, review the differences between males and females, talk about signs that a betta fish might be pregnant, and more!

Just like any other fish, mating is necessary for the survival of the betta fish species. Mating rituals even affect the appearance of betta fish!

How Does Mating Affect a Female Betta Fish?

A female betta responding to a male’s mating efforts will often darken in color. This is completely normal, and there’s no reason for panic.

Just remember, the male betta fish is extremely aggressive, and it’s never a good idea to leave him alone with his female counterpart. Except for mating purposes, of course!

How Does Mating Affect a Male Betta Fish?

Male betta fish have been bred specifically for their appearances. Fish breeders often find the male betta’s brilliant colors and long fins to be desirable traits.

Over the course of many years, male captive-bred betta fish have become brighter and longer than wild bettas in their natural habitat; the waters of Southeast Asia.

While most people favor male betta fish for their bright colors and long fins, the female betta fish is far from bland! Her fins are typically shorter than a male’s but nonetheless beautiful.

Male and female bettas have all the same fins, including the ventral fin. Because of their short length, the female’s fins will not flow as fluidly through the water. Instead, they will remain sturdy. 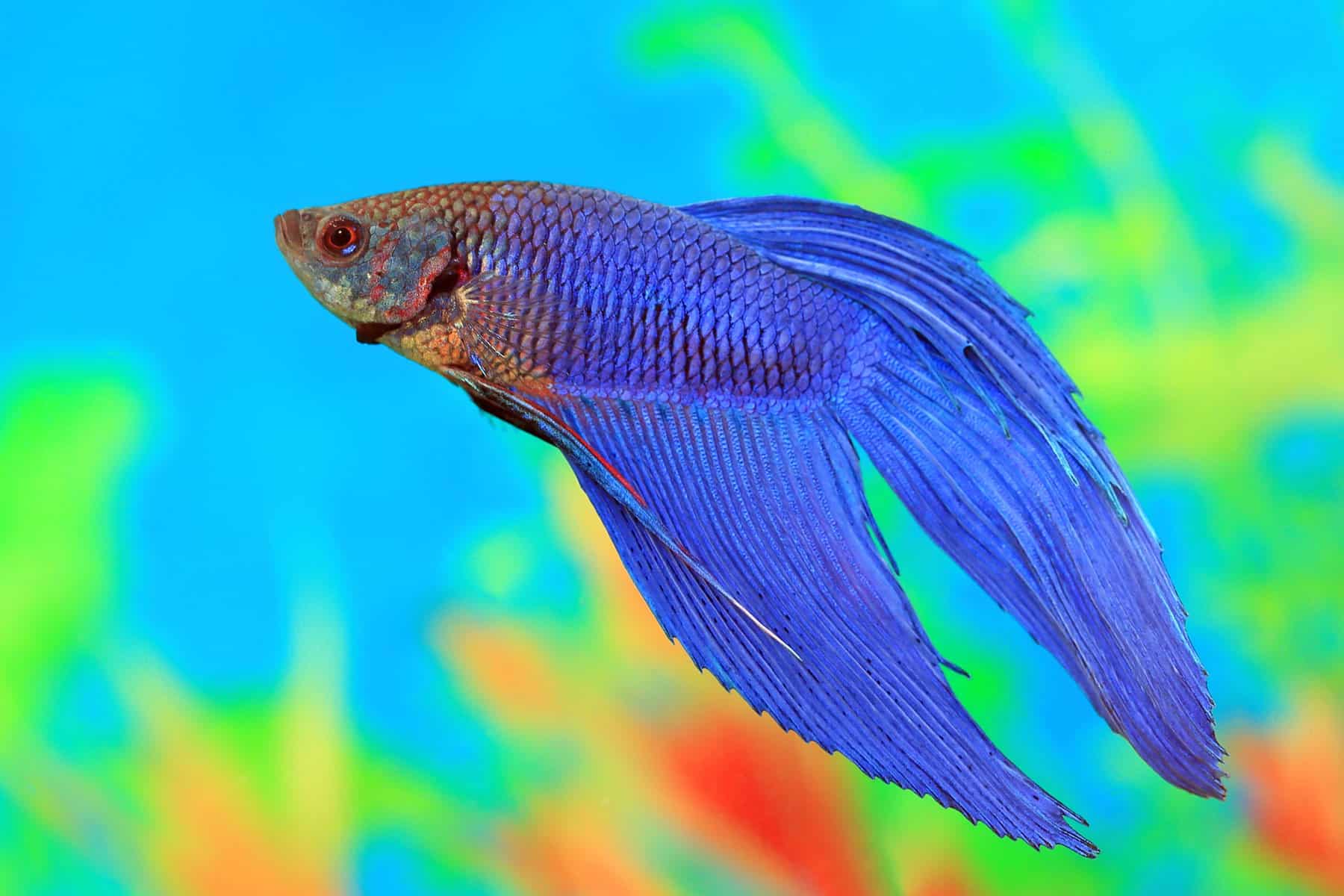 Well, there aren’t many. The two biggest differences are the reproductive organs. A male has testes, while a female has an ovipositor tube, also known as the “egg spot.” This sex organ, located near the base of the ventral fin, is sometimes visible from the outside!

All betta fish have what’s called a betta beard. But did you know that a female’s beard will rarely, if ever, be seen, while a male will flare his to make himself appear larger and threaten other fish? You do now!

Is My Betta Fish Pregnant?

We’ll keep it short and sweet; no.

A betta fish can never technically be pregnant. This is because, unlike some other fish species, betta fish do not birth live babies. Eggs are stored and carried in the female’s egg spot for a short while, giving the impression of pregnancy through bloating!

When a betta fish is “pregnant,” she is actually what we call gravid. This is a fancy way of saying she is currently carrying her eggs.

Common symptoms of a gravid betta fish are white stripes, a visible ovipositor tube, and bloating.

When male betta fish are ready to mate, they build a bubble nest. If the female approves of the nest, the eggs will then be deposited, fertilized, and cared for by the male betta fish.

However, bettas are extremely picky about with whom they mate. If a female is displeased with the nest, she will ruin it and not allow the male to fertilize her eggs. For this reason, a gravid fish does not ensure betta fry (babies).

Luckily, there are certain precautions you can take to help increase the likelihood of successful mating. This includes allowing the fish to be in the same tank separated by a glass barrier to see how they might react to each other and feeding the female foods such as earthworms and brine shrimp, which are rich in nutrients.

A Few More Things You Should Know

We’ll wrap up this article with a few fun facts and safety tips about our favorite aquarium fish.

First, if you are going to buy betta fish, make sure you always isolate the males. They shouldn’t be in the same tank as other males or females! However, keeping multiple females in the same tank is generally acceptable.

Speaking of multiple females, did you know a group of female bettas is called a sorority? When taking care of a sorority, ensure the tank is at least five gallons in size (the larger, the better!) and keep the water temperature between 75 and 80 degrees.

If you follow all these tips, you’re well on your way to becoming a female betta fish expert!