It’s a common fact that betta fish can be territorial and aggressive, so much so that they are even known by the name “Siamese fighting fish.”

“But surely they can’t be that bad, can they?” – A question you ask yourself as you add them to your aquarium with a few smaller tropical fish, after all, he seemed friendly enough in the pet store!

He might be able to fight, but there’s no way he would eat another fish! Right?!

That evening, you give your new fishy friend his food, say goodnight to him and the rest of his tank mates, and go to bed.

Then, in the morning, you wake up to find that your new pet betta, Gerald, has helped himself to an early breakfast – of almost everyone else in the tank!

Obviously, this is the kind of scenario everyone in the aquarium hobby wants to avoid, and thankfully you’ve ended up here!

We talk about just how dangerous a betta can be and how to choose tank mates that your new friend Gerald won’t want to eat!

Do Betta Fish Bite Other Fish?

Known for their aggressive behavior, one common question when it comes to bettas is “Do they bite?”

After all, most animals use their teeth when they fight, but do bettas even have teeth?

Well, if you look super closely, you’ll find that they do!

As with any animal, they use these teeth for eating primarily, but being a fighting fish (with some breeds, such as the Betta Imbellis, being line-bred primarily for fighting purposes), a betta also uses them to attack.

It’s likely that if agitated or aggravated by another fish, your betta may start to nip at their fins. This can be quite common behavior, and if you notice this, it would be in the best interest of both of your pets to separate them before the aggressive behavior escalates.

If this behavior worsens, you may notice your betta biting at the scales, tails, or gills of your other pet. If this happens, separate your fish immediately, as this could lead to the death of one or even both of your pets.

There’s really no simple way of answering this, but in short – yes.

The animal kingdom can be a cruel world, with many species (not just fish!) eating their own young, or preying on the offspring of other animals as a tasty treat.

Feeder fish are often a recommended food source for your carnivorous betta – with little ones such as guppy fry being a common recommendation.

And just in case you’re not familiar with the terminology – in the world of aquatics, fry is synonymous with baby fish.

Yes, it’s recommended to occasionally feed baby fish to your betta. Heart-breaking to think of, but in the interest of your pet, you’ll want to provide this kind of nourishment of live foods to replicate the diet they would live off in their natural habitat.

Of course, not all experts agree, with many stating that insects and larvae are good enough live food sources.

Sadly, it must also be noted that if breeding betta fish, there’s a good chance that several hatchlings will be eaten.

To prevent this as much as possible, it’s a good idea to provide hiding spots in the form of thick and dense plants. 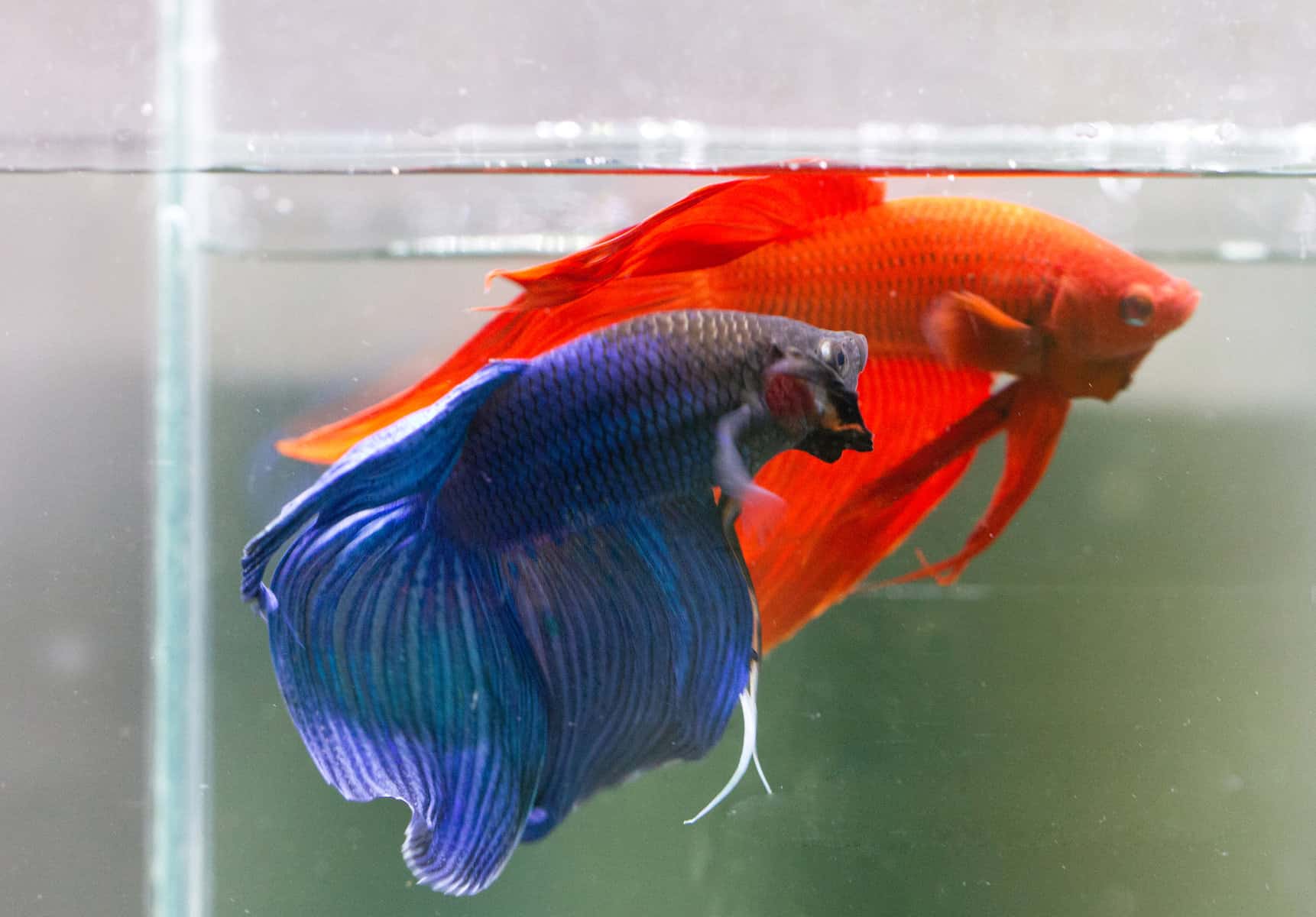 As I have just mentioned, betta fish sometimes snack on their offspring. – (I feel like a monster even typing that out!)

It’s an unpleasant part of nature, but this proves that betta fish can indeed eat other betta fish, even if that other fish is their child!

In short, a betta will hunt down and consume a baby betta without a second thought (not even “hey, that’s my kid, maybe I shouldn’t do this?”).

But when it comes to eating a full-size betta, it’s not as straightforward as just wanting a meal.

A betta will, of course, eat a dead fish that has lost in a fight.

With such an aggressive temperament, there are many instances where bettas will fight to the death. When this happens, the body of the deceased fish can become a welcome snack to not only their victor but also to other passing bettas and carnivorous fish.

Will My Betta Eat His Tankmates?

Having mentioned that your betta may be inclined to feed on the bodies of his supposed “friends,” you may be concerned that there will be fatalities within your community tanks, in which some of your other fish get eaten.

Well, it usually comes down to how well-researched your tank is. The easiest way to prevent your betta from eating your other pets is to research thoroughly which breeds can be kept together.

If you house your betta with small fish such as tetra, danios, or gourami, these may become easy prey targets for your betta.

If, however, you have a well-researched community tank, and house your betta with suitable species such as Kuhli loach and female guppies, then your pets should all be reasonably safe!

Should I Feed Live Fish to My Betta?

Just because your betta can eat something, doesn’t mean he should (um, his own kids, perhaps?). That being said, sometimes feeder fish can be a tasty treat from time to time.

It’s recommended that you don’t make live fish a staple part of your betta’s diet. In the wild, their diet consists mainly of insects and larvae, such as mosquito larvae and bloodworms.

Insects have a higher protein content than fish, and so in order to ensure your betta is getting the healthiest and most nutritious diet, it’s best to stick to what is recommended.

Some sources do recommend small fry as a suitable food source for bettas, however, they’re just babies – so personally, I’d stick to bugs or pellets! It lessens the guilt of seeing lots of tiny babies being eaten alive.
The main message here is simple, to do your research before starting a community tank! Learn what foods to offer your betta and who to house them with, and hopefully your new friend Gerald won’t eat all of his neighbors.